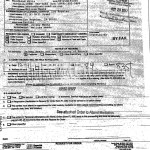 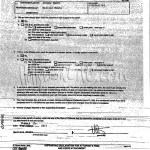 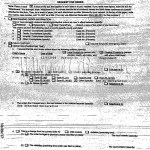 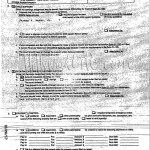 Melissa Meeks has officially filed court documents demanding child and spousal support, also requesting sole legal and physical custody of her child shared with estranged husband Jeremy Meeks, 33. After their nasty split this summer, she claims that Jeremy only sees their 7-year-old son “maybe 2 days a month,” since he’s too busy living it up “as a playboy with a rich girlfriend.” Jeremy hasn’t been shy about his blossoming romance with TopShop heiress Chloe Green, 26, parading around their relationship for the world to see. Now, Melissa is claiming her former flame is an “absentee father,” whose fame and sky-rocketing success got the best of him and went straight “to his head.” See pics of Jeremy and Melissa, here.

Melissa claims in the documents that Jeremy is loaded with expensive jewelry and also drives a flashy $150,000 car, but she didn’t put down a figure for expected child support. “I am not yet sure of his income, but I am sure it is more than mine,” Melissa claimed. It’s been a rough couple of months for Melissa, since she separated with her hubby of 8 years back in July, shortly before he filed for divorce in Oct. 2017. Melissa voiced her devastation over their shocking split in a recent interview, since she stuck by his side while he served a 27-month prison sentence after being arrested in June 2014. Jeremy is also the father of the mother-of-three’s youngest child.

“I had no indication he was looking for another relationship,” Melissa revealed during her interview with ITV’s This Morning on Oct. 23, after unveiling her new blonde makeover. “People who are married, you go through your ups and downs, I thought it was a new chapter in our lives. We’d have to get over the hump and it would be fine.” She added, “when I think about it, I still get emotional. It’s still very raw. We had a really good life together.”

HollywoodLifers, do you think Melissa will get sole custody? Tell us, below!