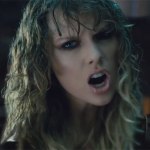 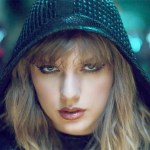 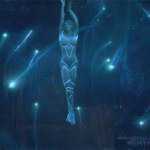 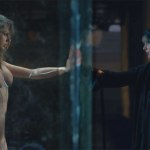 Nude cyborg Taylor Swift has finally been explained! After sharing a mysterious teaser of the ‘…Ready For It?’ video, the whole shebang has finally arrived, and it’s as epic as we’d hoped. Watch Tay’s latest visual here!

Taylor Swift, 27, is a genius, and the proof is in the “…Ready For It?” music video, which she debuted today, Oct. 27. Watch her slay in the sci-fi-themed visual above, and try not to freak out at seeing her nearly full-frontal! OK, so the video is sort of confusing. It’s one of those that will be hard to dissect, but what we did see was Taylor giving another shoutout to her man, Joe Alwyn. During one scene, you can see their birth years spray-painted on the wall! The video also has major Star Wars vibes, which we love. Taylor looks like a badass Sith Lord, right?! Also — could the spray painted words on the walls be song titles from Reputation? Hmm…

This is the second video we’ve been given from Reputation, and it’s definitely one of Tay’s raciest videos ever. She had to wear what appears to be a nude bodysuit for the video, and it’s definitely more in the realm of “Bad Blood” than, say, “Love Story.” Yeah, remember those days? We don’t either! See photos of “Ready For It,” “Gorgeous” and more of Tay’s relationship songs here.

Finally, the song is rumored to be inspired by Tay’s current BF Joe Alwyn, 26, who began his acting career as a soldier in the 2016 war drama Billy Lynn’s Long Halftime Walk. “Knew he was a killer first time that I saw him,” Tay sing-raps on the opening verse.

HollywoodLifers, what do you think of Taylor’s new video? Tell us if you love “…Ready For It?” in the comments — or if “Look What You Made Me Do” is still your favorite!