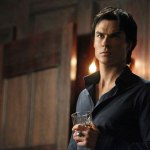 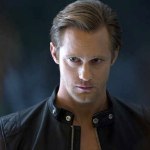 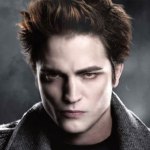 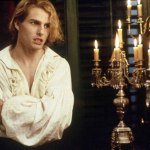 We’d let these hotties suck our blood anytime! Despite being dead, vampires are the sexiest thing to ever happen to Hollywood — just ask Ian Somerhalder, Robert Pattinson, and more dangerous hunks.

Vampires used to be the demons that haunted our dreams. The Dracula franchise taught children to be deathly afraid of these blood-sucking creatures, but modern-day Hollywood had a different idea. Instead of portraying vampires as scary, decaying beasts, they romanticized them and turned them into some of the hottest characters on TV. Enter Robert Pattinson, who reached insane levels of fame after playing Edward Cullen in Twilight. Bella Swan, played by Kristen Stewart, meets Edward in school. All of her classmates warn her to stay away, but she’s inexplicably drawn to him — and vice versa.

Let’s be honest, though, sparkling vampires in the daylight might be a little too…much, let’s say. We still want an element of danger and darkness. The ultimate bad boy. Ian Somerhalder is the perfect example of a vampire who’s sugar, spice, and everything nice. The Vampire Diaries hunk captured hearts across America with his brooding personality, not to mention those eyes. Those cheekbones! That jaw line! Is anyone else thinking of Alexander Skarsgard right now? It’s been forever since we talked about True Blood, but that series still totally deserves our attention. Hellooooo Stephen Moyer!

But let’s not forget about the classics. Before the Twilight movies, there was Buffy The Vampire Slayer, its spin-off show Angel, and Interview With The Vampire. These classic television shows and movies gave birth to handsome vampires like Brad Pitt, Tom Cruise, James Marsters, and David Boreanaz. We are totally onboard with this vampire trend, and we hope it continues for years and years to come!

HollywoodLifers, which vampire hottie is YOUR favorite? Tell us below!