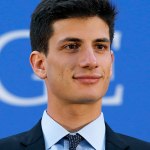 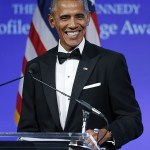 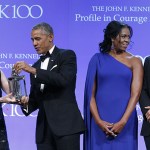 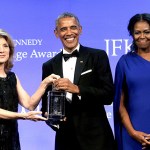 Thousands of classified documents from the investigation into President John F. Kennedy’s death have been released, and they are shedding a new light into his assassination. We’ve got the shocking files!

The National Archives dropped a whopping 2,800 files related to the Nov. 1963 assassination of President John F. Kennedy on Oct. 26. Some of the documents originally scheduled for release were held back at the last-minute by President Donald Trump, 71, causing a bit of a controversy. Still, journalists, historians and the general public will be pouring over these incredible files with a fine tooth comb. We here at HollywoodLife.com are going through them right now, so keep checking back for the shocking revelations from these historical documents. If you would like to read them yourself, you can do that by clicking right here.

President Kennedy’s 1963 assassination has fueled conspiracy theories for more than 50 years, and the release of the nearly 3000 declassified files leaves people with more questions than answered. The Warren Commission, led by Supreme Court Justice Earl Warren and formed by President Lyndon B. Johnson, concluded in 1964 that JFK was fatally shot by Lee Harvey Oswald in the back of a convertible in Dallas, and he acted alone. But did he? Conspiracy theorists think there’s more to the story than the government wanted us to know.

Here are some of the revelations from the files:

— A death threat was made in a phone call to the Dallas FBI field office that there was a plot to kill Lee Harvey Oswald. A  November 24, 1963, letter showed FBI Director J. Edgar Hoover addressing his death after being shot by Jack Ruby.  They received a call “from a man talking in a calm voice,” saying he was a member of a committee to kill Oswald. The FBI asked the Dallas police chief to give Oswald better protection, but Ruby was able to kill him anyway. “Ruby says no one was associated with him and denies having made the telephone call to our Dallas office last night,” Hoover said

— A Cuban intelligence officer claimed to know Oswald in a 1967 cable. One man noted that he must hav ebeen a good shot at the alleged Cuban officer fired back, “oh, he was quite good.” When asked how he could know that. the officer said, “I knew him.”

— Hoover claimed in a memo sent to the White House after Kennedy’s death that the Soviets believed that the assassination was part of a conspiracy by the U.S. right wing to start a coup.”According to our source, officials of the Communist Party of the Soviet Union believed there was some well-organized conspiracy on the part of the ‘ultraright’ in the United States to effect a ‘coup,'” the memo said. “They seem convinced that the assassination was not the deed of one man, but that it arose out of a carefully planned campaign in which several people played a part.”

Some of the most popular conspiracy theories from the past 50 years that have not yet been proven:

Oswald defected to the Soviet Union in 1959 and returned to the US in 1962 — during the Cold War. The Soviets allegedly recruited Oswald to kill Kennedy. Oswald also allegedly traveled to Mexico in September 1963, two months before Kennedy’s death, to try to get a visa at the Cuban embassy. Documents related to this period of time are expected to be released within the declassified files.

Possibly the most popular conspiracy theory of all is that there was allegedly a second shooter working with Oswald, who was hiding on the grassy knoll near the roadside when Kennedy’s motorcade drove past. Another thought: the Kennedy administration allegedly tried to get mafia members to kill Castro, and they turned on the president.

Despite what President Donald Trump, 71, has said, he did not call for the declassification of the documents that make up over 3000 files. The release was determined 25 years ago by the President John F. Kennedy Assassination Records Collection Act of 1992. The files were to be released on October 26, 2017, unless the sitting president barred it from happening for some reason.

HollywoodLifers, are you shocked that the conspiracies are true? Let us know!