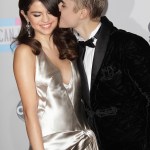 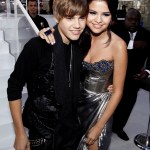 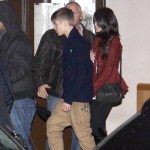 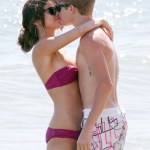 Jelena fans are FLOORED by the news that Selena Gomez and Justin Bieber are hanging out again…as pals. We’ve got EXCLUSIVE details on why she decided to rekindle their friendship.

Fans of Justin Bieber, 23, and Selena Gomez, 25, never thought they’d see the day when the couple would reunite again as friends only, especially since she’s in a super serious relationship with The Weekend, 27. But they are definitely hanging out again, as the Biebs rolled up to her Studio City pad on Oct. 22 for some quality chill time with his onetime love. They had a ton of catching up to do, especially since Sel’s dramatic kidney transplant over the summer. “Selena realized life is fragile after her medical scare and that she shouldn’t take anything for granted. It improved her relationship with The Weeknd and it also made her realize she should patch up relationships with those that have been important to her in the past,” a source tells HollywoodLife.com EXCLUSIVELY.

Justin isn’t the only person that Selena is mending fences with from her past, as she’s also rekindled her friendship with former frenemy Demi Lovato, 25. “That is why she went back to talking to Justin, that is why she made sure to get back in the good graces of Demi. She wants to repair friendships with people that are, or who were, important to her. Justin was her first love and she would rather have some bond with him then nothing at all. She hopes they can be friends forever from this point forth.” See Jelena’s 13 most defining relationship moments in pics, here.

Going through a lifesaving kidney transplant had to be such a journey filled with highs and lows, and Selena managed to keep it a secret and make a full recovery without the public ever knowing. Justin found out along with the rest of the world when she made the shocking confession on Sept. 14 that she had to undergo the procedure after complications from lupus became so severe. No wonder she wants to mend fences, because a health scare like that makes one realize life is to short to be carrying any negative feelings around. It’s so great that she wants to be friends with her ex Justin and is still so secure and happy in her relationship with The Weeknd.

HollywoodLifers, are you glad that Selena has revived her friendships with Justin and Demi?