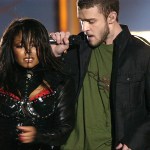 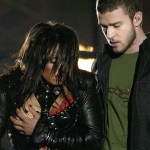 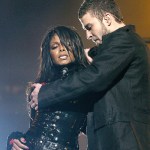 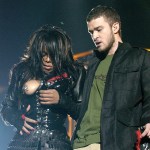 It’s been 13 years since Justin Timberlake, Janet Jackson and her breast rocked the Super Bowl. Now that Justin is coming back, an insider told HollywoodLife.com EXCLUSIVELY if Janet will too.

The world was forever changed on Feb. 1, 2004, when Janet Jackson, then 38, and Justin Timberlake, then 23, performed during the Super Bowl halftime show. The performance took a turn from family-friendly programming when Justin tore off a piece of Janet’s stunning black Alexander McQueen dress, exposing her right breast with the nipple hidden by just a starbust-shaped covering. Though CBS cut away in less than a second, we all saw it, and we will never forget it. However, in the wake of the controversy the now 51-year-old icon was forced to issue multiple apologies, though she never got one from the NFL. Now that the 36-year-old singer is headed back to the Super Bowl halftime show stage in 2018, an insider told HollywoodLife.com EXCLUSIVELY it would take a lot to get Janet there too.

“It is not a 100 percent done deal if Janet was asked to join Justin this year at the Super Bowl,” a source close to Janet tells us. “She would really have to think about it and is leaning towards saying no. She was skewered the last time she did it from the NFL, and so many others, and it is hard to get rid of those emotions she felt when she was attacked for what happened.” Click here to see pics of the 2004 Super Bowl halftime show.

“Nobody ever apologized to her,” the source continued. “And to add to that, though she has worked with Pepsi in the past herself, she feels that it would be weird to work with them again, especially since Pepsi is forever tied to her brother Michael [Jackson]‘s permanent injury when his hair and head were burned. So Janet is at a crossroads right now on if she would accept any future invitation from Justin to do the show.”

HollywoodLifers, do you want to see Janet and Justin do the halftime show together again? Let us know below!