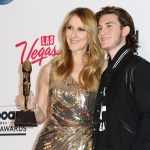 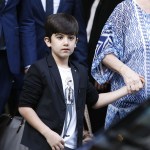 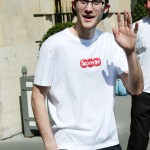 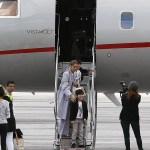 Now this is a 7th birthday party for the record books! Celine Dion threw her twins the bash to end all bashes, complete with a Michael Jackson theme. Honestly, if you don’t like this shindig, you can beat it.

Celine Dion, 49, wanted to give her twin boys a true thriller of a 7th birthday, so she did what any true music fan would do — threw them a Michael Jackson-themed birthday party! Today, the “My Heart Will Go On” singer posted a picture of her and her twin sons Eddy and Nelson from their impressive bash. The boys, whose father is Celine’s late husband René Angélil, looked absolutely adorable dressed up like MJ. Celine even got in on the action too! “Can’t believe you are already 7 years old . . ,” she captioned the photo of her hugging her squeezing her little boys tight. “Time flies! Happy birthday, my loves! I’m so proud of all of my boys! Mom xx…” Click here to see pics of Michael.

The mother of three and her two youngest dressed the part in a fedora, sparkly jacket, and black penny loafers. In the pic you can also see that Celine set out figurines from different stages of the King of Pop’s career. What an amazing present for her little guys. Celine truly appears to work very hard to be a great single mother. On Aug. 13, she was seen cheering on her eldest son, René-Charles Angelil‘s, 16, at his ice hokey game in Las Vegas. She was leaping out of her seat and dancing around while screaming her head off for her son.

Celine lost her husband of over 20 years in January 2016. The music producer died at the age of 73 after suffering from throat cancer.

HollywoodLifers, what do you think of the party Celina threw for her boys? Let us know below!