Looks like Jeremy Meeks & Chloe Green have taken their relationship to the next level! The hot felon’s officially introduced his young son to his new GF, and we have the sweet pics to prove it! Check them out here.

Jeremy Meeks, 33, and Chloe Green‘s, 26, romance may be more serious than we thought! After all, the model took a major step and introduced the Topshop heiress to his seven-year-old son Jeremy Meeks, Jr.! Stepping out for lunch together, the couple had young Jeremy join them as they hit up The Ivy in LA this week. Of course Jeremy and Chloe couldn’t help packing on the PDA in the process. Click here to see adorable pics of celeb dads with their kids.

While Jeremy kissed his ladylove outside the trendy restaurant, he had his arms wrapped around his son lovingly. This was reportedly the very first time Jeremy Jr. spent time with Chloe, but, in the photos at least, the billionaire seemed much more interested in Jeremy Sr. than his mini-me youngster. Meanwhile, Jeremy Jr.’s mom, and Jeremy Sr.’s soon-to-be ex wife, Melissa Meeks, has been speaking out about how hurt she is that Jeremy left her for Chloe. “I had no indication he was looking for another relationship,” Melissa shared with ITV’s This Morning on Oct. 23. “People who are married, you go through your ups and downs, I thought it was a new chapter in our lives. We’d have to get over the hump and it would be fine.”

For those who need a refresher, Jeremy was caught kissing Chloe back in June, and it wasn’t long before the steamy pics hit the internet. When the photos were taken, Jeremy had been traveling for work. “He was an amazing husband,” Melissa added in her new interview. “Honestly, when I think about it, I still get emotional. It’s still very raw. We had a really good life together.” Jeremy officially filed for divorce from Melissa earlier this month. While the two biologically share just one child together — Jeremy Jr. — the model was helping Melissa raise her other son, Robert, as well. 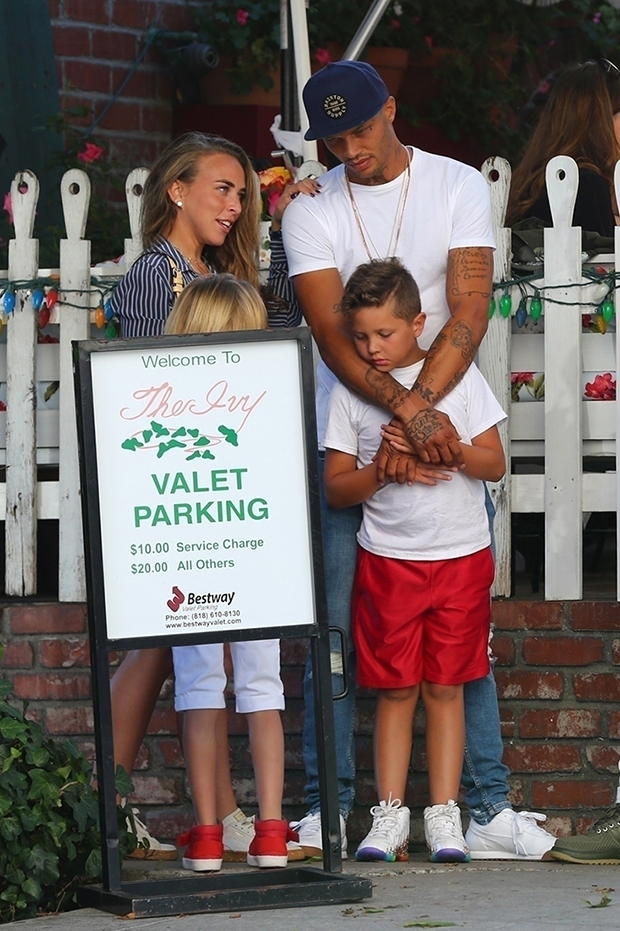 “He still sees the kids. They’re still very involved with each other. That’s still positive for the children,” Melissa revealed. And now it looks like Chloe is starting to be involved in the kids’ lives too!

Tell us, HollywoodLifers — are you surprised Jeremy has already introduced Chloe to his son? Do you think he made the right move?