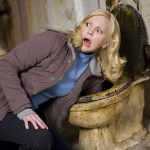 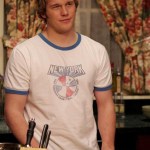 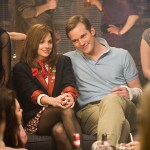 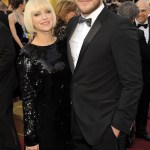 Anna Faris may have just sadly split from husband Chris Pratt, but her new romance with Michael Barrett is blossoming, HollywoodLife.com has EXCLUSIVELY learned. Find out how he’s helping her cope with the divorce.

Anna Faris, 40, and Chris Pratt, 38, have recently announced the sad news of their divorce but Anna’s new relationship with cinematographer Michael Barrett, , is getting stronger and helping her get through the tough transition. “Anna had no intention of moving on with someone else just yet, she’s still been healing from her split from Chris, but something just clicked with Michael,” a source close to Anna EXCLUSIVELY told HollywoodLife.com. “There’s nothing serious between them right now, they’re hanging out and enjoying each other’s company, but they’re definitely more than just friends. Michael makes Anna feel great about herself again, she feels valued and wanted, and after the painful breakdown of her marriage it’s just the boost that she needs. Anna and Michael don’t know where their relationship will lead, but they’re trying to not overthink it, and instead they’re just having fun and seeing where things will go.” See pics of Anna and Chris throughout their marriage here.

Apart from some unconfirmed speculation that Chris was allegedly cheating on Anna with Jennifer Lawrence, 27, Chris and Anna’s marriage seemed happy and in tact. They were seen out and about with bright spirits several times with their son, Jack, 5, so news of their divorce definitely shocked the entertainment world.

Anna opened up about her marriage and divorce in her newly released memoir, Unqualified, in which Chris wrote the sweet foreword. Anna and Chris ended their marriage in Aug. 2017 after being married for seven years. We wish them all the best in their transition going forward.

HollywoodLifers, how do you feel about Anna and Michael’s relationship? Tell us your opinions here!