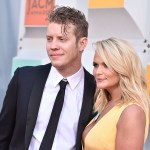 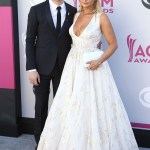 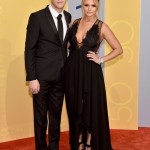 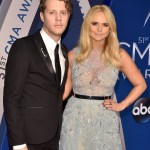 Is Miranda Lambert going through yet another rough breakup? The country music songstress had a nasty divorce from ex Blake Shelton and, based on a recent interview, she might be recovering from a split from beau Anderson East just one month after celebrating their 2nd anniversary.

Miranda Lambert, 33, knows her priorities — they just don’t include men at the moment. During a recent interview, the beautiful country music star didn’t include the male species in her answer about what the “three M’s” in her life were. “Music and mutts — pretty much all I live for are those two things,” she told Redbook. “Men used to be on that list, but I cut that one out. Just kidding! It was the three M’s, and now it’s two. No, it is three: The last one is Miranda,” she said. Wait a minute, “used to be”? Did Miranda — who divorced fellow country star Blake Shelton, 41, in 2015 — break up with her longtime beau Anderson East, 29? It sounds like that’s what’s up.

The “Vice” singer’s other answers also had fans wondering about her relationship status, as the way she spends her time sounds pretty solitary. She likes to watch Shark Tank and Tiny House Nation, wear yoga pants and eat frozen pizza. Doesn’t sound like she’s cozying up to anyone during those activities. Well, maybe her pups. Of course, she is a very busy lady, what with being one of the most successful country music stars in the entire world and all. She was even the first person to win Female Vocalist of the Year at the Academy of Country Music Awards for eight consecutive years in a row. Click here to see pics of Miranda vs. Blake’s new girlfriend Gwen Stefani, 48.

Miranda and Anderson seemed to be fine just over a month ago when they celebrated their two year anniversary. “Oh how I remember well, sunset on September 12th… #PushingTime🎶 #2yearstoday❤️#bamaboy @andersoneast,” she captioned an Instagram pic of her kissing Anderson on the cheek while overlooking a romantic European canal. Her song “Pushing Time” is about falling in love with him and the lyrics she was referencing are, “Oh, how I remember well /Sunset on September 12/I disappeared to get a drink/You still kept your eyes on me.” Could it really be these two have split?

HollywoodLifers, what do you think of Miranda and Anderson’s relationship? Did they actually break up? Let us know below!