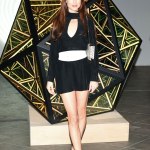 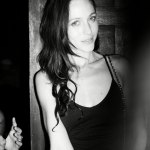 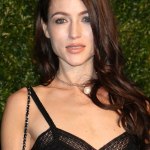 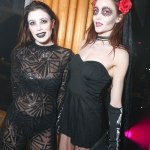 Want to know more about Natasha Prince, the model accusing magician David Blaine of raping her in 2004? Look no further, as we’ve collected a list of facts about her that you may want to know!

We were left stunned after hearing that super famous magician David Blaine, 44, is reportedly being investigated after a model — Natasha Prince — accused him of raping her in his London home in 2004. Natasha, now 34, claims David sexually assaulted her just months after her 21st birthday, and now, Scotland Yard wants to question the magician, The Daily Beast reported. “Officers from the Met’s Child Abuse and Sexual Offences Command are investigating an allegation of rape,” Scotland Yard said in a statement. “The allegation was reported to police on 17 November 2016 by a woman who alleged she was raped at an address in Chelsea in June or July 2004 when she was aged 21. There have been no arrests at this stage and enquiries continue.” Authorities allegedly told Natasha that they asked David and his lawyer to fly to London for an “interview under caution.” David Blaine’s attorney, Marty Singer, however, has since denied the allegations, according to The Daily Beast. Click here to see more pics of Natasha!

“My client vehemently denies that he raped or sexually assaulted any woman, ever, and he specifically denies raping a woman in 2004,” he said. “If, in fact, there is any police investigation, my client will fully cooperate because he has nothing to hide.” Bizarre, right? After hearing this, we had to learn more about Natasha. To find out what we discovered, keep reading!

1. Natasha is a former model. She was once represented by Next Model Management, Storm Models, and more, according to FMD. Today, she works as an art dealer in Manhattan.

2. She appeared on approximately 25 magazine covers during her career as a model. She has posed for the cover of Elle France, Vogue Germany, Glamour Italy, and Happy UK.

3. She’s a real beauty! Natasha stands at 5’8″ with dark brown hair and blue eyes, according to FMD.

4. Natasha first contacted police, about David allegedly raping her, last October, according to The Daily Beast. Natasha said she met David at the Wellington, a nightclub in Knightsbridge, “where he was at a private table with about 10 other people, in June or July 2004.” She further explained how she ended up at his place, during a lengthy interview, which you can read here.