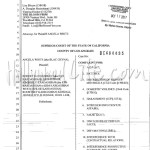 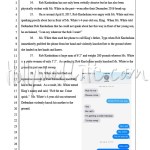 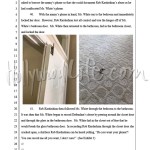 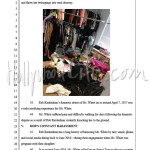 Blac Chyna is suing the entire Kardashian family and the documents detailing why are crazy. See the lawsuit, which includes Chyna’s domestic violence claims against ex-fiance Rob Kardashian, right here.

As HollywoodLife.com previously reported, Blac Chyna, 29, is suing the whole Kardashian family. Now we have the official court documents that detail exactly what her beef with them is. In a lawsuit obtained by HollywoodLife.com, Chyna alleges that the Kardashian family was responsible for using their “power and influence over the E! network to kill the second season,” of her and ex-fiance Rob Kardashian‘s reality TV show. But that part of the lawsuit — which specifically names Kris Jenner, Khloe Kardashian, Kim Kardashian, Kourtney Kardashian, Kendall Jenner and Kylie Jenner as people who Chyna alleges contacted E! network to “demand the network not proceed with a second season of Rob & Chyna” — isn’t even the most intense claim. You can see the court documents in the gallery above.

The lawsuit includes alleged text messages that Rob sent to the mother of his only child, Dream, in which he claims he’s going to kill himself, multiple times, badgers her about her relationship with ex Tyga and asks why she didn’t thank him on social media for a car he gave her in May. Chyna also details an incident in which she claims Rob knocked her to the ground in front of her and Tyga’s 4-year-old son King Cairo and ripped her bedroom door its hinges. She’s suing Rob for battery over that one.

The court documents also mention Rob’s infamous Instagram rant back in July, in which he posted several nude photos of Chyna without permission. He also claimed that she had been stepping out on him and that he paid for her to receive plastic surgery after Dream was born. “I am pleased to represent Blac Chyna as she stands up for her rights in the lawsuit we have filed today,” Chyna’s lawyer, Lisa Bloom, said in a statement to HollywoodLife.com. “Revenge porn is wrong and illegal. Domestic violence is wrong and illegal. We will aggressively prosecute this case until we get justice.” Check out Rob’s Instagram rant against Chyna right here.

HollywoodLifers, what do you think of the shocking lawsuit Chyna is filing against Rob and the Kardashian family? Let us know below!