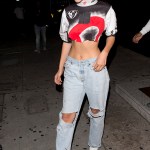 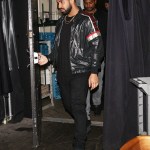 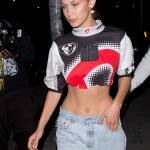 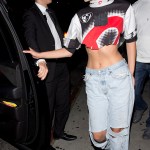 Drake and Bella Hadid aren’t just having hot hookups; they’ve allegedly dated exclusively for months! There’s a reason why Bella wanted to keep it under wraps, according to a new report. Find out why!

A hot Hollywood romance has been brewing right under our noses! It’s no secret that Bella Hadid, 21, and Drake, 30, have been getting totally flirty and having sexy meet-ups lately, but their relationship status is reportedly more serious than anyone thought! Bella and Drake reportedly started dating each other exclusively in June, according to Life & Style Magazine, and their romance is getting more serious by the day. Surprisingly, it took Drake awhile to win the supermodel over!

Drake and Bella first met while she was still dating ex-boyfriend The Weeknd, 27. After they split in November 2016, Drake apparently started to make moves on the beautiful model. She wasn’t having it, though. “Bella was getting over her ex and wasn’t interested in Drake,” a source told Life & Style, “but that soon changed when Drake turned on the charm and wooed her with romantic gestures, including expensive jewelry and flowers.”

That’s awfully hard to resist, right? We all knew something was up when Drake threw her a 21st birthday party on October 9. That’s not exactly “we’re just friends” behavior! The pair were reportedly getting very cozy at the big bash, and Bella told her friends she was crushing on him hard, we learned EXCLUSIVELY. Even her mom, Yolanda Hadid, 53, noticed something was up. She tried denying the relationship rumors on WWHL, but got totally flustered. Good try, mom!

Well, there’s a reason Bella’s been trying to throw everyone off their tracks. She seriously just doesn’t want to be in the spotlight right now. “After having such a public relationship and breakup with The Weeknd,” the source said, “Bella wants to keep her new relationship on the down low.”

UPDATE:  A separate source tells HollywoodLife.com EXCLUSIVELY that Drake and Bella aren’t dating — and that he may have just been a guest at her birthday party. Interesting!

HollywoodLife.com has reached out to Drake and Bella’s reps for comment.

HollywoodLifers, do you think Drake and Bella are really dating? Let us know!