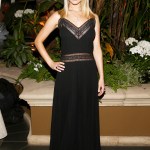 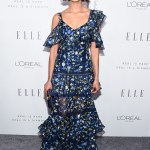 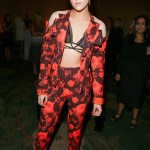 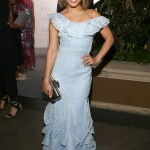 In an emotional speech at the ‘Elle’ Women in Hollywood event, Jennifer Lawrence detailed feeling ‘degraded’ by Hollywood producers after they shamed her for her weight and forced her to strip naked in front of skinnier actresses.

While she has condemned Harvey Weinstein’s in the wake of sexual assault allegations against him, Jennifer Lawrence has not made accusations against the director herself. However, that does not mean she has not felt harassed at the hands of powerful people in the industry. The actress opened up about her own experience while giving a speech at Elle’s Women In Hollywood event on Oct. 16, and the story is heartbreaking. “When I was much younger and starting out, I was told by the producers of a film to lose 15 pounds in two weeks,” she recalled. “Soooo easy. One girl before me had already been fired for not losing enough weight fast enough, and during this time, a female producer had me do a nude lineup with about five women who were much, much thinner than me. And we all stood side by side with only paste-ons covering our privates.”

As if that situation wasn’t already humiliating enough, Jennifer went on to explain that things got even tougher than that. “After that degrading and humiliating lineup, the female producer told me I should use the naked photos of myself as inspiration for my diet,” she revealed. She said the film’s director was no help, and a fellow producer did nothing but joke about the situation, by telling her she was still “f**kable”, regardless of the criticism of her weight. “I was trapped, and I can see that now,” she told the crowd. “I didn’t want to be a whistleblower. I didn’t want these embarrassing stories talked about in a magazine. I just wanted a career.”

At the end of her speech, the 27-year-old vowed to support Kathleen Kennedy’s commission to end sexual harassment in Hollywood. “I stand here today to bring the message home and into the hearts of everyone who has felt threatened in this industry,” she concluded. “We will stop normalizing these horrific situations.”

Listen to J-Law's story of abuse in Hollywood: I was told to lose 15 pounds in 2 wks, do degrading, nude photo shoot #ELLEWIH pic.twitter.com/yosXP9tFXw

HollywoodLifers, were you shocked by Jennifer’s story of abuse in Hollywood?