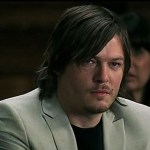 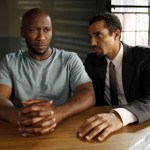 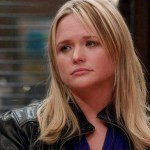 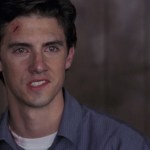 Brooke Shields just made her  ‘Law & Order: SVU’ debut, and basically, came in like a wrecking ball. But the actress had an important reason for taking on the part. Warning: spoilers from Wednesday night’s episode ahead.

Mariska Hargitay, who added producer to her resume after all of these years playing Benson, “is singly-handedly responsible” for casting Brooke, the 52-year-old actress explained to us during a recent set visit to SVU in New York City. After seeing Brooke in an episode of Nightcap, Mariska approached her. “She said on that day, ‘We’ve got this storyline and not only do I want to direct you, but there is so much more to you than we’ve had a chance to see.'”

Brooke, who has been acting for 40+ years, added that she’s been “in this Suddenly Susan world or this more buoyant type of [world] and loving it,” but when Mariska explained the nature of the character, she was so excited to take it on. “She explained to me that what we are working toward is a modern view of ‘How do we parent?’ It’s not just about rights and it’s not about ego. It’s really about the female and maternity, and the idea of where females feel guilty trying to balance lives,” she explained. “What type of a genetic hold [do we have]? What does that mean? How can we, if we are to be truthful to say we are concerned with the best interest of the child? That really poses an interesting predicament for both of us.”

Of course, that will come between Olivia and Sheila, as they’re “both fighting each other and yet, we’re both fighting for the same thing,” she said. “We can’t make it about one winning. From a female stand point, it’s just a topic that I think people need to [discuss]. There’s so many different ways of raising families,” Brooke told us. “What does family really mean? Who’s entitled to what? Very often, it’s the child that gets lost in it. We make it a very big, strong point that Noah is first and foremost; and as strong women, how do we reconcile that?”

HollywoodLifers, were you excited to see Brooke on SVU? Do you think she’ll get Noah? Let us know!