Angelina Jolie & her kids are in for a spooky Halloween! We learned exclusively the star is determined to go ALL out this year to ensure her kids have the ‘ultimate’ holiday.

Angelina Jolie, 42, began her Halloween season with a bang when she took a trip to Glendale Halloween with a few of her children earlier this week. Impressively, the actress reportedly dropped a whopping a $1,000 at the Halloween store — and it’s all to ensure her six kids: Maddox, 16; Pax, 13; Zahara, 12; Shiloh, 11; and the twins Knox & Vivienne, 9, have the Halloween of a lifetime! As it turns out, the newly single mom is pulling out all the stops to please her and Brad Pitt‘s, 53, youngsters — even considering their pleas for her to dress up in full Maleficent garb! Click here to see pics of Brad Pitt with his kids.

“Angelina came into the store and absolutely spoiled the kids to the tune of around $1,000,” a source close to Glendale Halloween told HollywoodLife.com EXCLUSIVELY. “She looked like a supermom — incredibly happy and delighted to be out with the kids. She bought a bunch of lights, bloody knives, multiple scary masks, and a straight jacket. A few of the customers insisted she should get a fog machine too, but she passed on it.” Apparently Angelina only visited the store with Zahara and one of the twins, but it seems like she has something major cooking for ALL the kids judging by the amount of stuff she bought. There’s no question these kids are in for a Halloween treat!

“She mentioned that she wanted to treat the kids to what she called ‘the ultimate Halloween,’ complete with decked out decorations and costumes, and that she was still planning a spooky get-together with their friends,” our insider explained. “She definitely looked to be taking care of everything on her own, and it’s evident she’s doing an amazing job as a single parent.” We love how the Jolie-Pitt kids are fully embracing Halloween with the help of Angie. After a particularly tough year, it finally seems like things are at least starting to get back to normal. 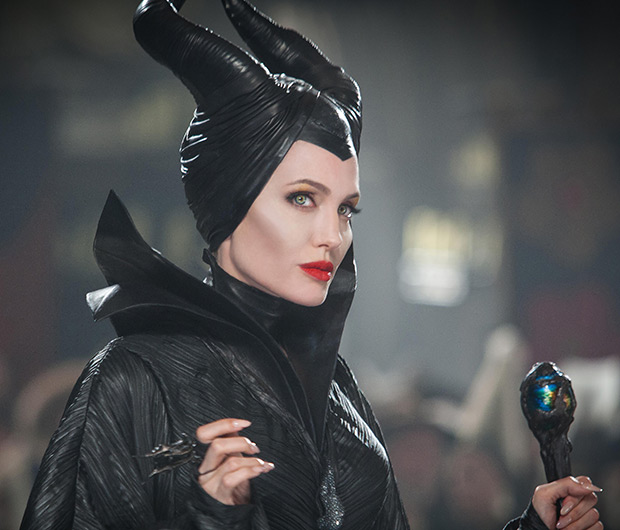 “The kids asked her to throw a party with a haunted house, but she was reluctant to go that far with the arrangements, so she settled for setting up the house to make it look haunted instead,” the source added. “She was in incredibly great spirits, which comes from the excitement that she has about returning to the big screen in Maleficent 2. The kids were begging for her to dress up in full character as well, and I wouldn’t be surprised if she did. She looked like she was all for making sure the kids had their tricks and their treats.” How sweet is that?

Maleficent 2 will serve as a sequel to Maleficent, the 2014 film starring Angie. It’s set to hit theaters in 2018, and it already sounds like a winning part two! “I am now the breadwinner for the family so it’s time,” the actress-turned director joked to Deadline about returning to acting after two years away. “We have been working on the script and this is going to be a really strong sequel.” We can totally see her being Maleficent this year for Halloween as a way to get her kids — and other fans — even more pumped for the new movie!