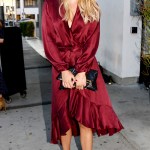 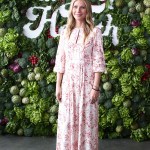 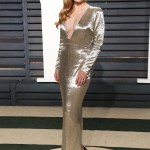 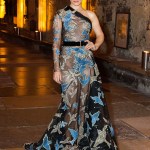 Many actresses are speaking out against Harvey Weinstein after he was accused of sexual abuse by multiple women in Hollywood. From Gwyenth Paltrow to Emma Watson and more, here are ALL of the women with something to say.

Hollywood is slowly but surely turning on one of it’s biggest producers, Harvey Weinstein, 65. As more and more allegations of sexual abuse are revealed against the man once jokingly called “The Punisher” at the 2015 Golden Globes, many are curious about how many actresses have really worked with him over the years. Of course you know that the legendary Meryl Streep, 68, has worked with him, as well as accusers Rose McGowan, 44, and Ashley Judd, 49. But who else? And what about the young actresses who are still coming up in today’s film industry? Unfortunately there’s a lot of them, and HollywoodLife.com has put together a gallery for you to click-thru. But, first, who is publicly turning on Harvey amidst the allegations?

Jennifer Lawrence, 27, told our sister site, Variety, “I was deeply disturbed to hear the news about Harvey Weinstein’s behavior. I worked with Harvey five years ago and I did not experience any form of harassment personally, nor did I know about any of these allegations. This kind of abuse is inexcusable and absolutely upsetting.” Gwyneth Paltrow, 45, has revealed that she had her own issue with Harvey back in the early 90’s. According to Gwyneth, Harvey put his hands on her and suggested they give each other massages in his hotel suite, reports the New York Times. After the incident, Gwyneth told her then boyfriend, Brad Pitt, who decided to confront Harvey about it at a movie premiere. Being confronted infuriated Harvey, who Gwyneth claims called her and warned her not to tell anyone else about what had happened. Another one of Brad’s exes, Angelina Jolie, 42, has revealed that Harvey once tried something similar with her. “I had a bad experience with Harvey Weinstein in my youth, and as a result, chose never to work with him again and warn others when they did,” Angelina told the NY Times through email. “This behavior towards women in any field, any country is unacceptable.”

Emma Watson, who worked with Harvey on the critically acclaimed My Week With Marilyn, released a statement in support of the alleged victims of Harvey’s advances. “I stand with all the women who have been sexually harassed, and am awestruck by their bravery. This mistreatment of women has to stop,” the British actress shared, though she has not claimed any misbehavior by Harvey. Others who have spoken out? Kate Winslet, Jennifer Lawrence, Jessica Chastain and Judi Dench, just to name a few. To see more actresses who have worked with Harvey over the years, check out our gallery here.

Tell us, HollywoodLifers — What do YOU think about the Harvey Weinstein controversy? Comment below, let us know.