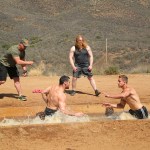 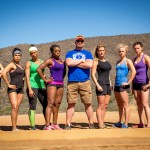 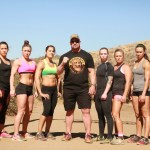 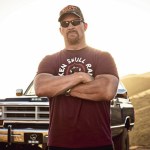 This show’s not called ‘Broken Skull Challenge’ for laughs — it is really intense. No one is holding back in this EXCLUSIVE clip from this week’s episode.

Kevin, 47, and Robert, 35, go head to head on this week’s Broken Skull Challenge, and it is intense. Basically, they had to wrestle each other and pull bands off each other. The match was definitely a tough one for both of them; Kevin is 151 lbs while Robert is 160 lbs, and in this EXCLUSIVE sneak peek, it’s clear that no one is backing off!

HollywoodLife.com recently spoke to Steve Austin about the new season and the changes the show has gone through since season one to season five. “We will carry a couple of challenges season through season, so some of them will be the same. We also want to make new ones,” he told us. “Sometimes I scratch my head, as well. I’m not the only brain here. I’m the face and voice, but there are a lot of smart people who come up with this stuff. It was my idea to create the show and pitch it to CMT, but there are many people behind the scenes who are coming up with great ideas.”

Broken Skull Challenge airs Tuesday nights on CMT. Will you be watching?