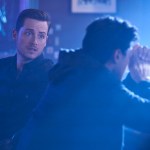 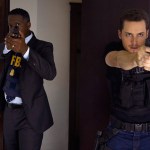 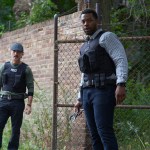 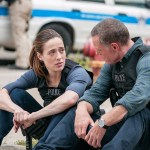 During the premiere of ‘Chicago P.D.,’ Burgess casually dropped the fact that she’s dating someone — but is it serious? Or is there still hope for Ruzek? Well, it sounds like it may be a little bit of both.

Fans of Burzek may be in for quite the rollercoaster. The Chicago P.D. romance that everyone has really grown to love has always been rocky — and that’s not changing anytime soon. Burgess (Marina Squerciati) returned to Intelligence on the premiere after taking some time off to take care of her sister (in real life, Marina was having a baby); however, things are pretty different now. During that time, she met someone.

“I have not met him, but he’s coming up in the next episode we’re about to film. I asked (showrunner) Rick [Eid] if I could be in on the casting. I was like, ;I feel like I should choose him.’ They were like, ‘No, thank you,’ and politely declined,” Marina said in a new interview with our sister publication, TVLine. “I was like, ‘What about a chemistry read?’ and they’re like, ‘Stay in your lane, Marina.'”

As for how serious it will get, Marina’s not sure yet, but admits she “gets the sense that it’s getting serious.” You may remember, when Burgess told Ruzek, she “met someone” at the end of the premiere, he had quite the reaction.

Describe your reaction to this #Burzek moment in three emojis. #ChicagoPD pic.twitter.com/WfDXnFDWzo

So does it mean they’re really done? Well let’s not jump too far ahead. When asked about their future during a Q&A with fans on Twitter, Marina said, “What doesn’t break us makes us stronger,” and added that sometimes they drift apart, only to bring them back together. “Theres no love loss, but like real life relationships, things will be complicated,” Patrick Flueger added.

Here's what @marinasqu and Paddy had to say a few weeks ago. Take heart, #Burzek fam! #ChicagoPD pic.twitter.com/6u10WdWCXh

HollywoodLifers, do you want to see Burgess and Ruzek back together?