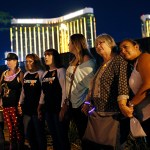 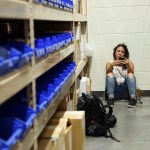 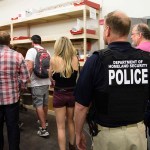 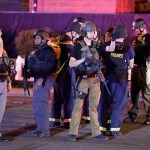 Fifty-eight innocent people who went to a country music concert are dead and over 500 are wounded after a lone gunman was able to easily slaughter them with a military assault weapon. This needs to stop.

When Jason Aldean and other country music fans headed to Las Vegas to see their favorite stars perform, they had no idea that they would be running for their lives just a couple hours later. Neither did the young people who planned to dance the night away at the Pulse Night Club in Orlando, Florida on June 12, 2016. And when parents in Newtown, Connecticut dropped their precious elementary school children off on Dec. 14, 2012, it would never have occurred to them that their kindergarteners and grade one students would be massacred in their classrooms. These are heinous, horrific and completely unexpected acts of gun slaughter and nothing is being done to stop them.

The Las Vegas shooting is now the deadliest mass shooting in American history. Stephen Paddock, the man that police have identified as the lone shooter, open fired on the Route 91 Harvest Country Music Festival, unloading round after round of ammunition from the 32nd floor of the Mandalay Bay Hotel & Casino. One man armed with ten guns was able to inflict this rain of death on 22,000 people who were simply gathered to enjoy music. He reportedly used an M240 machine gun — the same type of gun used by the US military. In Nevada, it is legal to own this gun. Nevada State Law does not require that firearms be registered as of June 2, 2015. It’s an open-carry state so anyone can carry a gun openly. People can also purchasegfuns in Nevada without a permit or a gun license. There are no restrictions on assault weapons.

Do we really need to live like this? Every American, and that includes you, is at risk of becoming a victim of a random mass shooting or any gun attack, for that matter. Guns are widely available and easy to get today. Every day on average in the US, 315 people are shot in murders, assaults, suicides and suicide attempts. Every day, 46 children and teens are shot. Every year on average, 33,880 people die from gun violence in America. This is not normal compared to the rest of the world. As an American, you are 10 times more likely to be killed by a gun than by people in other developed countries. None of the other nations come anywhere close to our death toll. You are almost three times as likely to die in gun violence in the US as in the next closest country– Finland. But, this is no fluke. The US has the most firearms per capita in the world. In other words, there are plenty of potential Stephen Paddocks — people who own multiple, multiple guns and could turn them on others.

Owning a multitude of guns is exactly what the National Rifle Association wants. The NRA promotes gun purchasing on behalf of the big gun manufacturers and made $345 million in the last year according  to Market Watch. However, and get this, it pays no taxes, because it’s registered as a “charity.” Can you believe that? The NRA’s CEO is the infamous Wayne LaPierre and and he earns $5.1 million a year, for promoting guns and lobbying hard against any gun control. After the Sandy Hook massacre LaPierre repeatedly insisted that the only thing that stops  a ‘bad guy’ with a gun, is a ‘good guy’ with a gun. I wonder what he has to say about Paddock? What could any armed concert-goer have done to stop a killer on the 32nd floor of a hotel half a mile away from his target?

Donald Trump, FYI, receiving huge support from the NRA in his election campaign for president. They reportedly spent at least $21 million helping him, including $9.6 million on ads and other pro-Trump materials and as well over $12 million to attack his Democratic rival Hillary Clinton.

So, here’s the question. Do you want to be completely at the mercy of any crazed person with unrestricted access to guns? Or do you think there should be sensible, reasonable gun control laws that could protect you and your loved ones? Laws requiring background checks for criminal history or domestic violence. Laws requiring online government registration of all guns. And a law restricting access to people suffering from mental illness. Surely, responsible gun owners would be fine with these sensible restrictions. Law abiding Americans could still buy all the guns they wanted, but there would be less of a chance that you or anyone you love becomes a victim of gun violence.