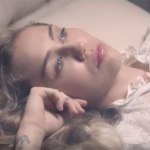 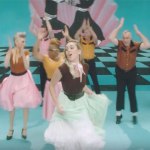 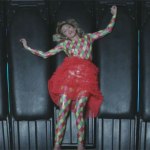 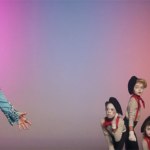 It’s time! Miley Cyrus’ new album ‘Younger Now’ is here for the listening. So did she really pen a song about her ex Stella Maxwell? Does Liam Hemsworth get his own tribute? Stream and find out!

Miley Cyrus‘s sixth album Younger Now is out today, Sept. 29, and it’s downright lovely. We didn’t think we could love other tracks more than “Malibu” or “Younger Now,” but this album is full of winners! (We’re especially smitten with “I Would Die For You,” which is totally about Liam Hemsworth, 27.) Listen to her latest record below!

Miley, 24, opened up about the inspiration behind the record, explaining that the idea came about during one Christmas with her mom Tish Cyrus, 50. “I was dressed as a reindeer, and I had blinking earrings, and I had the antlers on, and my sweater was blinking and all that — and my mom was like, ‘When did you become an eight-year-old?’ And I said, ‘I feel younger now.’ … I feel less like I have anything to prove,” she told NPR.

“I think when you are a teenager, young adult, you’re trying so hard to be cool or to prove something or to be something away from who you’ve been as a kid,” Miley added, “And I guess as I’ve gotten older — what Younger Now says is, even though it’s not who I am, I’m not afraid of who I used to be.” Love it! See pics of the way Miley has transformed over the years here.

HollywoodLifers, what do you think of Younger Now? Listen to it above and tell us in the comments which track is your favorite!