Hold up, did Khloe Kardashian try to tell the world she was pregnant with her first child back in June 2017? From the looks of this amazing Snapchat, Khloe may have confirmed she’s having a baby with Tristan Thompson and we didn’t even pick up on it!

Khloe Kardashian, 33, you are one clever girl. In the wake of her exciting pregnancy news, a Snapchat photo has resurfaced that may be Khloe’s way of confirming she’s expecting her first child with Tristan Thompson, 26. On June 26, Khloe posted a Snapchat featuring cute Polaroids of herself and Tristan that were taken on June 25. She captioned one of the photos, “Dad + Mom.” Holy Kardashian! Could this be the moment that Khloe and Tristan found out they were expecting?

A source close to Khloe told HollywoodLife.com EXCLUSIVELY that the KUWTK star is four months along. She could have easily found out she was pregnant in June, right around her June 27 birthday. If Khloe found out she was having a baby in June, that would have been the best birthday surprise! Khloe has always been open about wanting children. She revealed on the season 13 finale of KUWTK that she had stopped taking birth control. “Tristan and I definitely talk about starting a family,” she said. “He wants to have about five or six kids with me and that’s lovely. We could start at one and we could grow from there. But now knowing I’m not on birth control is scary. It’s like a really big step.”

With a baby on the way, will Khloe and Tristan tie the knot? HollywoodLife.com learned EXCLUSIVELY that Khloe is thinking about waiting until after she has the baby to marry Tristan. The next year is definitely going to be an exciting one for the Kardashian family. Kylie Jenner, 20, is reportedly expecting her first child with Travis Scott, 25, and Kim Kardashian, 36, is reportedly having a third child via surrogate. At this rate, is Kourtney Kardashian, 38, going to get pregnant next? 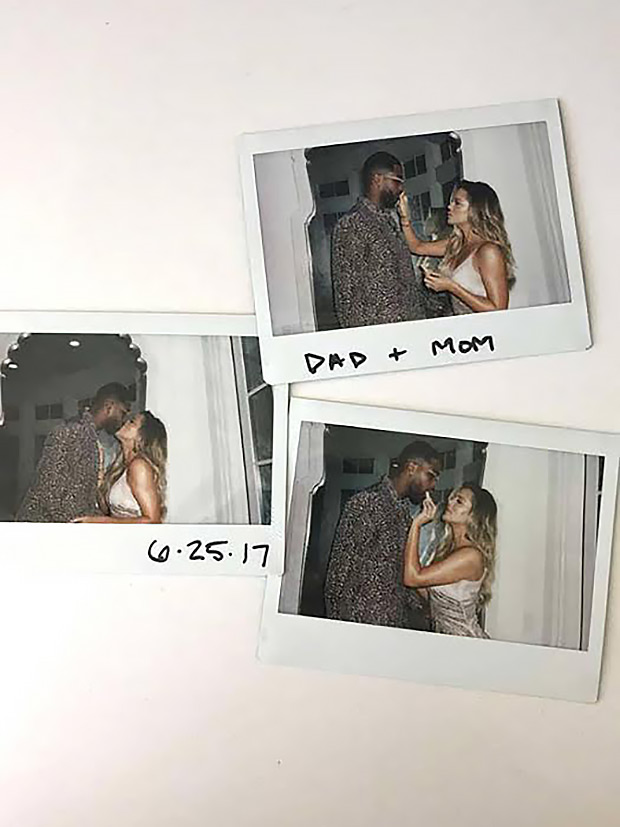 HollywoodLifers, do you think Khloe was hinting at her pregnancy with this photo? Let us know!