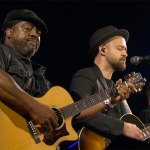 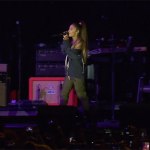 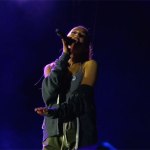 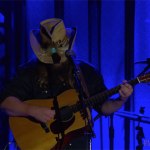 Pharrell got down on both knees while performing at The University of Virginia’s Scott Stadium on Sept. 24, joining the NFL players who have been kneeling to protest Donald Trump. Watch the stirring video here.

Go Pharrell! The 44-year-old musician showed his support for those who were injured and killed at the violent events of Aug. 11-12, when white nationalists’ actions led to the death of Heather Heyer. “I wanna get on my knees right now,” he told the crowd, adding, “If I want to get on my knees right now for the people of my city, for the people of my state, that’s what that flag is for.” He then took not one but two knees — watch the video above.

Pharrell, who is from Virginia Beach, VA, is now counted among over 100 NFL players who chose to kneel during the national anthem in order to protest police brutality and racial inequality after President Donald Trump, 71, criticized those athletes as “sons of b*tches.”

With a little help from The Roots, Pharrell sang his hits “Feels,” “Get Lucky,” “Freedom,” “Happy” and “Blurred Lines” at the big A Concert For Charlottesville benefit show, which was livestreamed on Tumblr in partnership with Oath. It was one of the most memorable performances of the night! Watch it above.

Pharrell immediately knew he needed to do something to help after the horrifying events last month, taking to Twitter retweet a Nelson Mandela quote that President Obama posted. “No one is born hating another person because of the color of his skin or his background or his religion…” the quote read. But Pharrell wanted to do more. so he signed on to the Concert for Charlottesville to help raise money for the victims and their families. What a guy! See more of Pharrell’s best pics here.

The “Happy” singer was in good company at the show, which was hosted by Dave Matthews Band. Several other stars were also on board, including Justin Timberlake, Chris Stapleton, Ariana Grande, Brittany Howard of Alabama Shakes, The Roots and Cage the Elephant. We love that all of these musicians signed on to do this show!

HollywoodLifers, what did you think of Pharrell’s performance tonight? Tell us if you loved it!