Whoa! We were NOT expecting this. Kylie Jenner is allegedly pregnant with her 1st child at just 20 years old. The star’s BF of about 5 months, Travis Scott is reportedly the baby daddy — is anyone else freaking out? Details here.

Kylie Jenner, 20, is pregnant, according to TMZ, and it’s safe to say fans are SHOOK. The reality star’s boyfriend, rapper Travis Scott, 25, is reportedly the father, making this BOTH Kylie and the artist’s very first child. Kylie reportedly began revealing the exciting news to friends earlier this month at the Day N Night Fest in Anaheim, CA. Talk about a baby bombshell! The media outlet also reports that Travis has been telling his friends as well. He’s apparently said that he and Kylie are having a GIRL! Click here to see sweet pics of Kylie and Travis.

At a recent event, Travis was reportedly telling people about the pregnancy and how his life is drastically going to change once the little one is born. Even wilder — there seems to be proof of the pregnancy on Kylie’s BFF Jordyn Woods‘ Snapchat too, as the reality star definitely seems to be sporting a baby bump in recent pics. A pregnancy could also explain why Kylie has laid low all summer — not even making an appearance at New York Fashion Week like she always does, AND not showing up for a family interview with Megyn Kelly. Kylie’s four months along in her pregnancy and is due in February, according to People magazine.

“They started telling friends a few weeks ago,” a source for the media outlet dished. “The family has known for quite some time. She is REALLY excited and so is Travis!” The source added, “It is an unexpected but completely amazing turn of events that she could not be more excited or thrilled about. Everyone is overjoyed for her. This is the happiest she’s ever been.” Travis and Kylie began dating in April, soon after the makeup mogul split from her longtime off-again-on-again boyfriend Tyga, 27. 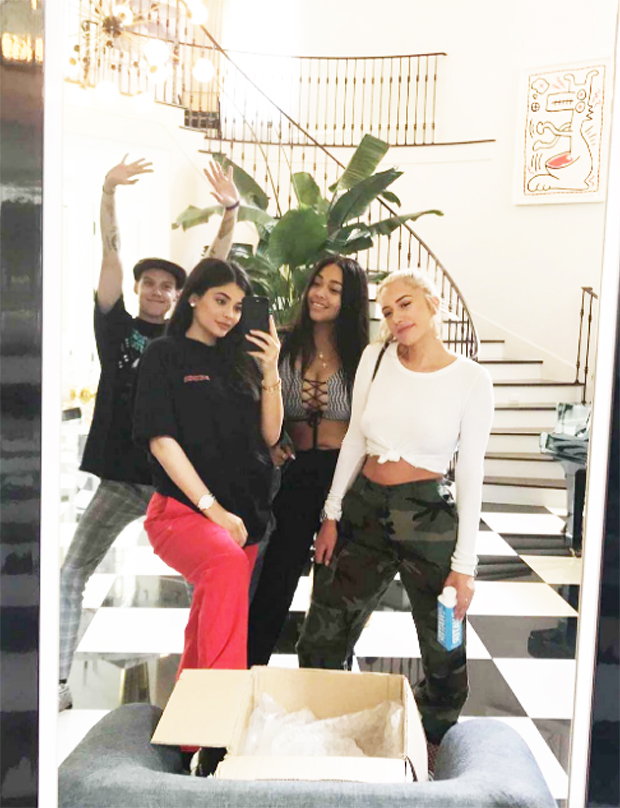 Tell us, HollywoodLifers — are you shocked Kylie may be pregnant?