It looks like Lil Scrappy’s ‘operation: find the Bam’ was the best decision he’s ever made! The rapper and Bambi Benson have never looked happier after reconciling, following his romantic, yet odd gesture. They look more in love than ever!

Lil Scrappy, 33, and Bambi Benson, 33, have come a long way since he was practically begging for her back during “operation: find the Bam” in August 2017. In their most recent photos together, the Love & Hip Hop: Atlanta stars appear happier than ever since reconciling at the end of August. Bam posted a sweet selfie with Scrap to Instagram on Sept. 20, where she cozied up to her man. And, Scrap even uploaded a different selfie with Bam on the same day. “Goonin wit my better [half],” he captioned the cute photo, with his arm around Bam. It looks like all is well in paradise… finally! See the full image, below.

As you may know, Bam and Scrap reportedly split some time back in May 2017. While rumors swirled that Scrap was messing around with his ex and fellow L&HHATL star, Erica Dixon, 32, and Bam was living out her “Miss Independent” lifestyle, that all changed in August. In the beginning of that month, Scrap got fans riled up when he started a self-proclaimed search for Bambi all around Atlanta, called “operation: find the Bam.” Scrap would actually document himself going to different spots around town, asking people if they’ve seen Bam. Fans instantly knew he was looking to sweep his ex off her feet again. He was even hitting the gym hard to get in the best shape of his life. And, it paid off. Scrap began posting shirtless selfies, where he looked better than ever. 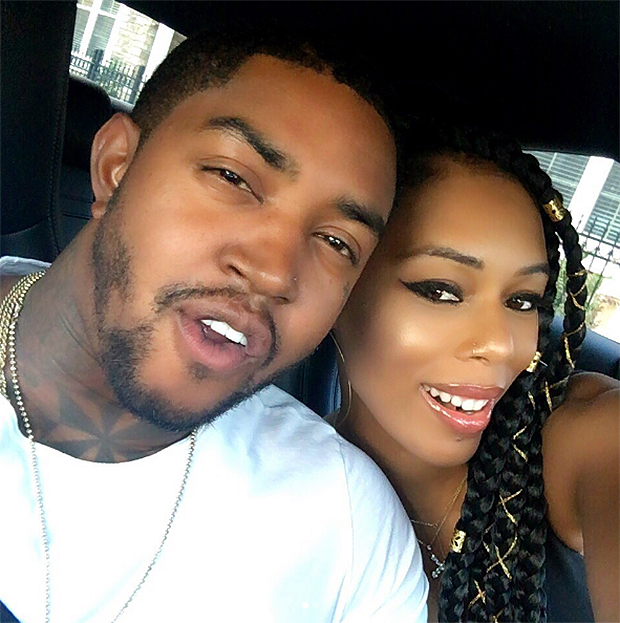 When Scrap was in the midst of his “find the Bam” search, HL exclusively chatted with her, where she seemed flattered that her ex was pulling out all of the stops to win her back. “It’s cute, it’s a nice start for him,” Bambi told us about his search. However, he wasn’t out of the woods at the time. “But, he’s going to have to do a whole bunch more,” she admitted, adding, “He’s going to have to show a lot more [romantic gestures] going forward.”

Then on August 22, the on-again, off-again lovers let us know that they reconciled with a sweet photo together. Scrap posted a selfie of the two laying on a couch with a telling captione. He gushed over Bam and admitted that he “dipped when it got too heavy,” and that he didn’t handle things the right way. The pair have been going strong every since. They’ve been posting photos together, nonstop, and we’re so here for it!

HollywoodLifers, do you think Bam and Scrap will make it to the alter this time around?