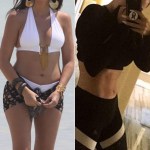 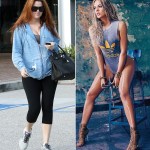 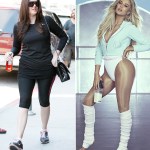 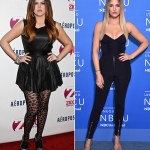 The best way to get over a breakup is by getting a revenge body! Follow Khloe Kardashian & La La Anthony’s exact diet and fitness plans to get hot and maybe make your ex jealous in the process!

La La Anthony announced her separation from husband Carmelo Anthony in the summer of 2017, and during that time, she was really working on herself and her health. She told HollywoodLife.com EXCLUSIVELY in August: “With looking right, it’s mostly about your eating,” she says. “And, I feel like a lot of us struggle with that. I’m trying to stay consistent in making better choices when it comes to food. I can’t say I’m always great at it, but I try to keep that in mind. You can’t work your a-s off in the gym and then just throw it all away by eating horrible.” She says she has a protein shake for breakfast, and fish or chicken with vegetables for lunch and dinner. Lean protein is great for building muscle!

LA LA’s WORKOUT: “The Dogpound is actually close to my house; the owner [CEO and Founder, Kirk Myers] and I are very close friends. And, I love to box,” she told us. Tons of Victoria Secret models train at the Dogpound with various weight training routines. Models like Gigi Hadid and Charlotte McKinney love to box as well! It’s an amazing full body workout!

Khloe Kardashian has her own show called Revenge Body, where she helps real people lose weight and transform their lives to get revenge on their ex, their parents — even their former selves. Khloe had a public divorce with Lamar Odom, but started her fitness journey when they were married and living in Texas, away from her family. Now, it’s a very important part of her life and she makes it a priority. It didn’t happen overnight, though. About her revenge body, Khloe says: “It took a long time for me to get my body to where it is now. It took years of exercise as stress relief before I saw major changes.”

KHLOE’S WORKOUT: Khloe works out almost every day, even on her birthday and holidays. She likes to do things in the morning to get them out of the way. She does crunches on a BOSU ball, and does a ton of squats and lunges for her famous booty. She uses a resistance band to do chest presses and bicep curls for toned arms.

KHLOE’S DIET: Khloe eats 7 small meals a day. Just like La La, she starts the day with a protein shake. For a snack, she eats a fruit of her choice. For lunch, she has a lean protein like chicken over salad. More snacks include a cup of celery or one cup of tomatoes with 12 almonds. A typical dinner “will be fatty fish — either salmon, sea bass, black cod or artic char. This will be served with 8oz of vegetables and salad.” For dessert, she has another piece of fruit. She has one cheat meal a week — something like pasta or pizza! She also carries mini Justin’s Almond Butter packs with her in case she needs a snack — it’s full of protein. 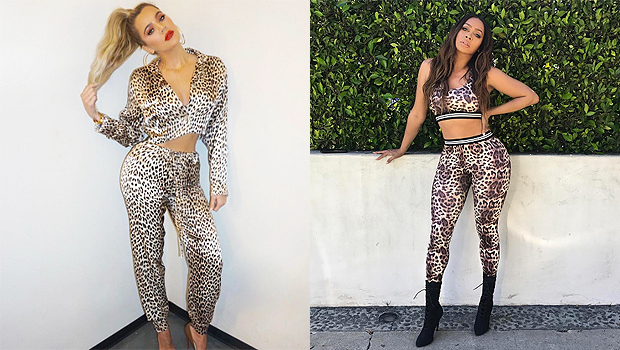