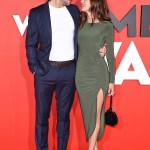 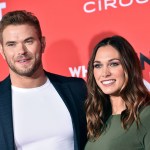 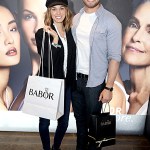 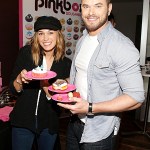 This is SO exciting! It has just been revealed that hunky ‘Twilight’ actor Kellan Lutz is now engaged to his gorgeous girlfriend of over a year, Brittany Gonzales.

Kellan Lutz, 32, is officially a taken man! On Thursday, September 21, news broke that Kellan had popped the question to his TV host girlfriend, Brittany Gonzales, via Us Weekly. The pair’s exciting news was outed when a source overheard them planning their big day in New York City that very same day. “A woman sitting outside having breakfast shouted Kellan’s name and he walked over to her with Brittany,” the eyewitness shared with the outlet. “She was congratulating them and asked them if they were getting married in New York or L.A. They walked into the restaurant and when Brittany opened the door I could see her large engagement ring.” Wow!

To be fair, Kellan and Brittany have been extremely private about their relationship until now. It’s unclear exactly how long they’ve been engaged, but if they are already discussing wedding plans it’s probably been for a little bit. However, in December 2016, Kellan went on a very long Instagram tangent about his undying love for Brittany. “I knew it the moment I saw her. She is the love of my life. The one God created for me! She is my best friend and the best teammate to shine brighter with,” Kellan wrote in the emotional post. “Thank you for loving me the way that you always do. Thank you for always being there for me. Thank you for your beautiful unconditional heart. When you know, you know! I am so blessed to have her in my life and so blessed that I never settled for anything less. For all of you out there looking for love, don’t settle for anything less then His best.”

Prior to his engagement to Brittany, Kellan was in a long term relationship with Annalynne McCord.

Tell us, HollywoodLifers — What do YOU think about Kellan being engaged? Comment below, let us know!