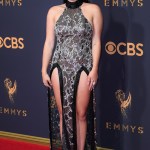 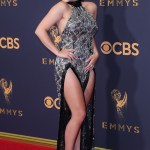 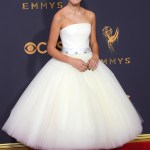 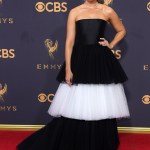 The most adorable group at the Emmys was definitely the ‘Stranger Things’ kids. The boys of the hit Netflix show walked the carpet together because they’re best friends just like their characters!

The Stranger Things kids stole the show from the moment they stepped foot on the 2017 Emmys red carpet on Sept. 17. Gaten Matarazzo, 15, Caleb McLaughlin, 15, Noah Schnapp, 12, and Finn Wolfhard, 14, rivaled Taylor Swift’s squad when they hit up the red carpet. They play best friends on Stranger Things, but they’re best friends in real life, too. The kids had so much fun posing together and goofing off on the red carpet. Simply adorable!

Their co-star Millie Bobby Brown didn’t walk with them on the red carpet, but you know they’re going to meet up during or after the show! Millie looked like a little princess in a tulle ball gown. This is a huge night for the Stranger Things cast. The show is nominated for Outstanding Drama Series. Millie is also up for Outstanding Supporting Actress in a Drama Series. She’s only 13 years old! The older kids of Stranger Things — Natalia Dyer, Joe Keery, and Charlie Heaton — walked the red carpet as one hot trio.

Before the show, Gaten posted some adorable Boomerangs with Caleb. He showed off his best Michael Jackson moonwalk and showed off his moves in the hallway of his hotel. Caleb also posted a super cute video before he hit the red carpet. “Wish me good luck. Pray for me. Pray for the cast. Hope we have a good time,” he said.

The cast is gearing up for the release of all-new episodes of Stranger Things. The highly-anticipated season 2 will hit Netflix on Oct. 27. Fans have waited over a year for new episodes and to find out what happened to Eleven!

HollywoodLifers, are you excited for Stranger Things season 2? Let us know!