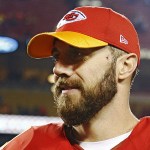 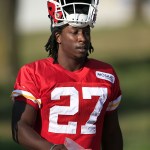 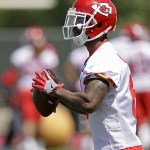 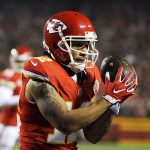 So scary. A video has gone viral of a Kansas City Chiefs cheerleader getting hit mid-routine by a cameraman as he sprinted across the field! Check out the footage for yourself.

Although were used to seeing players take hard hits in a football game, this time another participant took a brutal hit on the field today that has us shocked and worried! During a lull in the game between the Kansas City Chiefs and the Philadelphia Eagles, the home team’s cheerleading squad took to the field for a routine. That’s when something went terribly wrong! A cameraman started running across the field for, notably for no discernible reason, and hit one of the cheerleaders with his camera, knocking her to the ground. Just terrifying. Head here for a closer look at the Chiefs’ hunky players.

The short clip was posted by an attendee named Ashley Wagner, who accompanied the post with three shocked and worrisome emojis. And we definitely understand her concern! The cheerleader wasn’t merely tapped by the oblivious cameraman, she was drilled and thrown to the ground. The gasps in the crowd alone illustrate just how shocking the collision was. Thankfully, since the unfortunately hit on the field, there’s no been reports of actual injuries from the incident. And the cheerleader appeared to get up quickly. What a relief! Usually the most memorable hit of the game actually happens in the game!

The Chiefs pulled out another win against the Eagles with a score of 27 -20. This is their second win in a row after starting the 2017 season on a decidedly high note after beating the New England Patriots 42 – 27 on Sept. 7. Time will tell if they can sustain this momentum, and here’s hoping they can keep the cheerleaders out of harm’s way!

HollywoodLifers, are YOU as shocked by this clip as we are?! Let us know below!