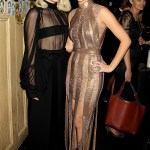 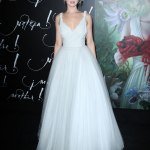 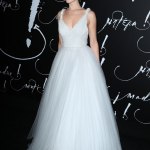 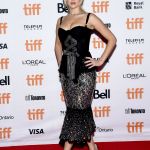 For someone promoting a horror flick, Jennifer Lawrence went for a beautifully soft look at the film’s NYC premiere! JLaw looked like she had stepped out of a Disney film while waltzing down the ‘mother!’ red carpet in a gorgeous white gown on Sept. 13.

Jennifer Lawrence, 27, plays a very scared and confused woman in the horror film mother!. But the actress herself looked like she was walking on sunshine at the movie’s NYC premiere on Sept. 13. The always lovely JLaw showed up at the film’s debut in a gown fit for a fairy princess! The stunning white number looked like a long tutu made from a cloud! We can’t get over how gorgeous the Hunger Games star looked as she posed for photos with little red flowers gently placed in her updo. There was definitely a magical and mysterious quality to Jen’s look!

Of course, JLaw is normally anything but mysterious. She is more than happy to tell embarrassing stories and show fans she is just like us. However, she has kept quiet about her relationship with mother! director, Darren Aronofsky, 48. But the two FINALLY stood side by side on the red carpet at the NYC premiere tonight. Jen even went so far as to gush about her beau of almost a year! “That’s what I’ve always loved about him,” Jen told PEOPLE of the director’s willingness to push boundaries. “I was such a huge fan of all of this work. I just think he’s so bold and unafraid and that’s exactly what I saw,” Lawrence says of her boyfriend. “That’s exactly what I witnessed — even more so.”

Naturally, Darren is just as impressed by his leading lady — and lover. “You don’t really need to push Jen, she really always jumps for the goal and dives full in,” the director told PEOPLE. “A lot of times it was holding her back. Just saying, ‘hey, we don’t need that much,'” he said. “She just has so much talent,” he continued. “She’s a hurricane, a tornado and an earthquake of emotion and it just comes pouring out of her.” Click here to see photos from the movie mother!.

HollywoodLifers, what do you think of Jennifer’s princess-like look? Let us know below!