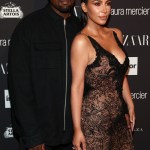 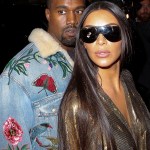 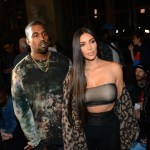 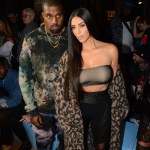 Kim Kardashian and Kanye West have suffered some scary situations, so they are taking no chances when it comes to their new baby. The couple are reportedly splurging on $1.5 million in security for their surrogate.

Kim Kardashian, 36, and Kanye West, 40, are taking no chances when it comes to the safety of their unborn baby. As HollywoodLife.com previously reported, the power couple have hired round-the-clock security for their surrogate and according to The Sun, it’s coming with a hefty price tag. Kimye is reportedly dropping close to a whopping $1.5 million to make sure that the woman carrying their third child (another daughter) is tucked away safe and sound, according to the outlet’s source. No seriously, they have rented her a secret place and are making sure she’s looked after at all hours!

“Kim and Kanye have rented a place about an hour outside LA in a very nondescript suburb in a middle-class neighborhood for their surrogate,” an insider told the Sun. “I mean, this is the last place you would think to find the surrogate for one of the richest families in Hollywood.” “It’s a nice house, actually, split level, and Kanye has cameras put in everywhere in the house and outside too for safety and security – these are state of the art,” the source continued. Now that sounds about as safe as you can get. But after the terrifying robbery Kim went through in Paris last October, we don’t see why they would take any chances! Click here to see pics of Kim and her daughter North‘s adorable Interview Magazine photo shoot.

The surrogate, whose identity is being kept under wraps, has also been provided with her own personal driver, in addition to her round-the-clock security team. “There are six security guards on rotation duties, for nine months,” the source added. “They have rented four different cars, and the surrogate has a driver.” Whoa! How much does all this cost, you ask? “So with the rent on the house, expenses for the security staff and their wages – that’s around $1.5 million for the surrogate’s safety,” the insider said. “But of course, it’s worth it – they want the best for her and their unborn baby.” We totally agree!

HollywoodLifers, what do you think of Kimye’s decision to splurge on security for their surrogate? Let us know below!