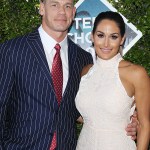 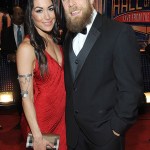 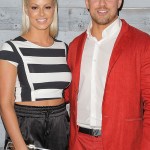 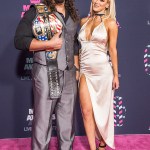 Now THAT’s how you announce a pregnancy! WWE superstars The Miz and his wife Maryse Mizanin revealed they are expecting in the most epic way — on RAW of course! Watch the cute announcement here!

Forget about every cute pregnancy announcement you’ve ever seen because this one puts them all to shame! Tonight, Sept. 11, WWE stars The Miz, 36, and his wife Maryse Mizanin, 34, revealed they are expecting a superstar of their very own. That’s right, the wrestling world’s power couple are with child! But they weren’t going to announce this big news in some boring, traditional way. No, instead they took this to the ring, as per usual. Click here to see pics of WWE couples.

“Before I get to my guest, my wife Maryse and I have a very special announcement that will change WWE forever,” the wrestling superstar (real name Michael Gregory Mizanin) told the audience at WWE’s RAW, tonight. “My wife and I have been thinking long and hard about how we want to announce this special news and we thought about it long and hard, and we thought, ‘There’s no better place to announce it than the first place that we met’ — that is here in the WWE, in front of all of you. So, without further ado, my wife Maryse and I are — go ahead babe!” he said, letting his wife take it away!

The Total Divas star paused briefly, for dramatic effect, before shouting with glee, “We’re having a baby!” The female pro wrestler touched her tummy, the home of her future child, and smiled as the crowd went wild. The couple then shared a passionate kiss, right there in the ring, in front of everybody! This will be the couple’s first child and it really does make sense that they revealed the news before the WWE first, as it has been a huge part of their relationship. They married in the Bahamas in 2014, and the relationship catered to their on-screen dynamic on WWE.

HollywoodLifers, leave your congrats for the future mama and papa below!