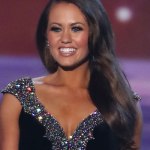 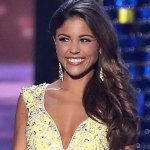 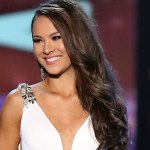 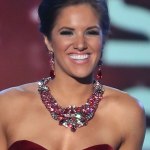 Giant kudos to the new Miss America, Cara Mund, who forcefully answered a question about the US pulling out of the Paris Climate Accord. Watch!

Newly crowned Miss America, Cara Mund, 22, gave an eloquent and passionate answer during the second round of questioning at the September 10 pageant. Judge Maria Menounos, 39, posed a toughie about the United States pulling out of the Paris Accords, and Cara not only knew what that was, but she had a definite opinion on the matter. Maria asked, “192 countries signed the Paris agreement in which each country sets non-binding goals to reduce man-made climate change. The US is withdrawing from the agreement, citing negligible environmental effects, and negative economic impact. Good decision? Bad decision? Which is it, and why?”

“I do believe it’s a bad decision,” Cara said to raucous applause from the audience. “Once we reject that we take ourselves out of the negotiation table. And that’s something that we really need to keep in mind. There is evidence that climate change is existing. Whether you believe it or not, we need to be at that table, and I think it’s just a bad decision on behalf of the United States. Thank you.”

Good answer! It’s very clear why Cara won the crown. The former Miss Dakota, now Miss America, slayed the competition all night, dominating in the evening wear, fitness (aka bathing suit), and talent categories. She performed a self-choreographed jazz dance number to Michael Jackson‘s “The Way You Make Me Feel” in an all-sequin outfit. It totally ruled. The first round of questioning was decidedly more lighthearted, but we loved her answer. She had just a few seconds to tell host Chris Harrison something that she found “overrated.” Cara decided it was rompers. Okay, girl!

Miss Texas, Margana Wood, 22, also had a brilliant response to her question. She criticized the Trump administration’s response to the Charlottesville riots, in which white supremacists descended upon the UVA campus to protest the removal of a confederate statue. One woman, 32-year-old Heather Heyer, was killed when a white supremacist hit her with her car. Miss Texas said that “I think that the white supremacist issue, it was very obvious that it was a terrorist attack.”

Speaking of confederate statues…Miss New Jersey,Kaitlyn Schoeffel, 24, ignited an uproar by saying that confederate statues shouldn’t be taken down, but moved to museums — so we could remember America’s “history and heritage.” Yeah, that didn’t go over so well.

HollywoodLifers, what did you think of Miss America’s answer to the climate change question? Let us know!