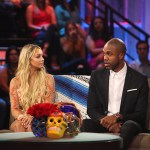 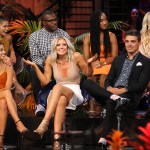 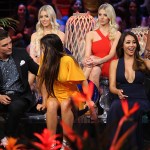 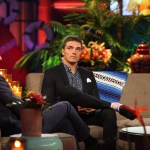 You may remember that after dragging out the ultimate love triangle on ‘Bachelor in Paradise,’ Dean chose Danielle over Kristina. So, where’s his heart at today?

Well basically, Dean Unglert figured out that he made a mistake. The morning after he sent Kristina Schulman home, keeping Danielle Lombard, he realized he was “in love” with Kris — but what could he do? When it came time for the fantasy suites, Danielle thought it was going to happen — but it didn’t. Instead, he told her he realized he was in love with Kristina right after sending her home so after sobbing, he went home alone.

During the finale reunion special, Dean first told the girls not to argue with each other, but instead it should all be directed at him. He definitely owned up to what he did — he even admitted he couldn’t even look at Kristina’s social media because it hurts him so bad, and he still had a strong feelings for her.

However, Danielle then revealed that just hours after they left Paradise, he called her. “You came over, and we had a relationship that imploded after Paradise,” she said, which shocked Kristina. She called him out for still juggling the two of them after the show ended, because apparently they were talking a little after the show ended, too. So, it sounds like he’s still torn.

A few days after the reunion taping, HollywoodLife.com spoke exclusively with Dean, and he admitted he knows he needs to change. “Had I not done that I wouldn’t have been able to see first hand how poorly I treated them. Looking back I am using it as a learning lesson and a time to grow up,” he told us on Sept. 6. “Had I not done what I did, I wouldn’t realize I am continuing the behavior and I wouldn’t understand that I needed to change.” He also spoke with Us Weekly at the event, hinting that he had hope for his future with Kristina. “Hopefully there’s a time that we can figure it out and see what happens from there,” he told the mag. “But we’re just for now casually talking and seeing if there’s anything there.”

HollywoodLifers, do you think Dean will end up with Kristina? Should she take him back?