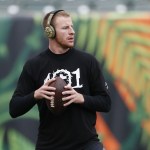 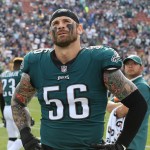 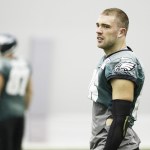 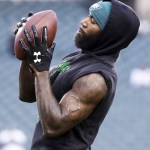 Two of the NFC East’s most nasty rivals square off in their opening game of the 2017 season as the Philadelphia Eagles take on the Washington Redskins. We’ve got the live stream for the Sept. 10 game at 1pm EST.

For as bitter NFC East rivals as the Philadelphia Eagles and the Washington Redskins are, the Birds haven’t managed to beat the Skins since back in 2014. After losses in their last five match-ups, the Eagles are looking to turn this around and start their 2017 season off with a win in the process. Their offensive tackle Lane Johnson, 27, promised Philly fans a win in an Aug. 23 column in the Players Tribune. “This team is going to go down to D.C. and whup some ass against the Redskins. We’re going to surprise some people,” he wrote. The Eagles have the most truly vicious fans in the NFL, so we hope he can keep his word.

Redskins quarterback Kirk Cousins, 29 has been one of the main reasons the Eagles haven’t been able to stop D.C. He’s back at the helm again this year after accepting a one year franchise tag worth $24 million this season, while turning down a long-term deal with the team. Eagles defensive end Brandon Graham, 29, promised that they’re going to go far harder on him than in previous meetings.

“Some of those games, we made it a little easy for him,” Graham said as to why Kirk has been able to lead his team over Philly for two straight seasons. “Not putting too much pressure on him. We’ve got a nice little game-plan to get things done. He’s going to see a different Eagles team, starting Game 1.” Click here for pics of the Philadelphia Eagles’ hottest hunks.

Redskins linebacker Zach Brown, 26, responded to Lane’s promise to finally beat DC with a Twitter clapback that addressed Lane’s 10 game suspension for testing positive for performance enhancing drugs in the 2016-17 season. “They are some new boys in town and we don’t need PEDs to win…but just for u, 53 will be seeing you!” he wrote on Aug. 23 after the column dropped. In all fairness, Lane did address the issue in great detail at the very start of his story. Now we just have to wait and see if his team can help back up his promise of victory.

The Washington Redskins host the Philadelphia Eagles on Sept. 10 at 1pm EST. You can catch all of the action online through Fox Sports via your cable provider. CLICK HERE TO WATCH THE PHILADELPHIA EAGLES VS. WASHINGTON REDSKINS LIVE STREAM.

HollywoodLifers, who are you rooting for in this game, the Redskins or the Eagles? Take our poll and VOTE!