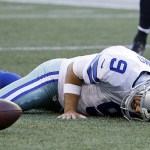 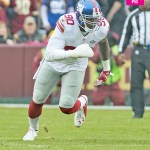 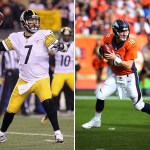 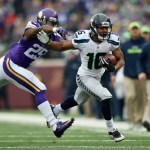 Summer is over and that means it’s time for football! The 2017-2018 season officially kicks off on Sept. 7, and we have the scoop on everything you need to know before the big night.

Opening Day is here! The regular season of the NFL begins on Sept. 7, with last year’s Super Bowl champions, the New England Patriots, taking on the Kansas City Chiefs at home in the first game. Week One continues on Sun., Sept. 10, with 13 huge match-ups, and concludes with two games on Mon., Sept. 11, with the New Orleans Saints taking on the Minnesota Vikings and the Los Angeles Chargers going up against the Denver Broncos. The Tampa Bay Buccaneers and Miami Dolphins have a bye for week one — this game was originally supposed to be played, but due to the potential effects of Hurricane Irma on Florida, it moved to Week 11.

The regular NFL season will feature 256 games over 17 weeks — that means all 32 teams will play 16 weeks of the season, and receive one bye week each. On Dec. 31, the regular season ends with a full day of 16 games. The season will conclude with the 2018 Super Bowl, which takes place in Minneapolis, Minnesota on Feb. 4, 2018. As always, the Detroit Lions and Dallas Cowboys will play separate games on Thanksgiving Day, against the Minnesota Vikings and Los Angeles Chargers, respectively, while there will also be a third game between the Washington Redskins and New York Giants. On Christmas Day, the Houston Texans and Pittsburgh Steelers will face-off, as will the Philadelphia Eagles and Oakland Raiders.

Go behind the scenes of the #SNF open with @carrieunderwood! pic.twitter.com/OPBJFhtnn2

HollywoodLifers, will you be tuning in for the 2017 NFL season?