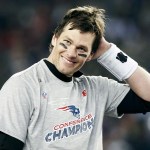 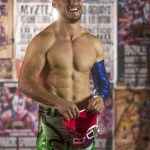 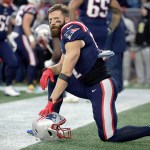 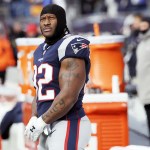 The 2017-18 NFL season gets underway on Sept. 7 with the defending champion New England Patriots taking on the Kansas City Chiefs. We’ve got your way to watch the game via live stream at 8:30pm EST.

YESSSS!!!!  The NFL’s 2017-18 season officially gets underway with a Thursday Night Football game that promises to be epic. The defending champion New England Patriots have home field advantage in Foxboro, MA as their AFC rival the Kansas City Chiefs head east to take on Tom Brady, 40, and his crew. Many prognosticators are already saying that the Pats stand the best chance of going 19-0 of any team in NFL history. They should be able to cruise to an opening season win in Gillette Stadium, even without their star receiver Julian Edelman, 32 who is out for the season with a torn ACL. Scroll down for the live stream details.

Without Edelman, New England still has a great stable of receivers that includes Brandin Cooks, 23, Chris Hogan, 28, Danny Amendola, 31, and Malcolm Mitchell, 24. Tight end Rob Gronkowski, 28, is also healthy and ready to go this season. While Edelman has caught more Brady passes than any other receiver except Wes Welker, the team still has plenty of manpower to make up for his absence. Click here for pics of the New England Patriots’ hottest hunks.

Going into the first week of the season, the NFL power rankings has the Pats at a solid number one with the Chiefs at number eight after the pre-season. They’ve got a young bench of talent that bodes well for their future. While veteran quarterback Alex Smith, 33, will be getting the start, KC is pinning their hopes on rookie QB Patrick Mahomes, 21, after making a bold series of moves to nab him as the number 10 pick in the first round of the 2017 draft. The Chiefs are coming off a stellar 2016-17 season that saw them tying at the top of the AFC East with the Oakland Raiders, going 12-4.

Back on Feb. 5 it looked like the first game of the 2017 NFL season would be taking place in Atlanta, but the Patriots staged one of the greatest comebacks in Super Bowl history. They rallied back from a 21-3 halftime deficit against the Falcons to score an epic 19 fourth quarter points, sending the game into overtime and winning 34-28, resulting in their fifth and hardest earned Vince Lombardi trophy.

The New England Patriots host the Kansas City Chiefs on Sept. 7 at 8:30pm EST. You can catch all of the action online through NBC Sports Extra via your cable provider. CLICK HERE TO WATCH THE NEW ENGLAND PATRIOTS VS. KANSAS CITY CHIEFS LIVE STREAM.

HollywoodLifers, who are you rooting for in this game, the Patriots or the Chiefs?