Are you ready to see the cutest puppy ever?! It looks like Selena Gomez and The Weeknd may have just adopted a Cavalier King Charles Spaniel pup, after visiting a NYC pet store on Sept. 2.

We love ALL dogs, but this dog that Selena Gomez, 25, and The Weeknd, 27, may have just adopted could be our favorite puppy ever. Seriously — it’s like the cutest animal we’ve ever seen. Anyway, here’s the scoop… as we told you, Selena and her boyfriend played with a bunch of puppies in a New York City pet store, Citipups, on Sept. 2. And it now looks like they may have picked one to adopt, as Selena was then pictured snuggling up to a puppy that her assistant was seen carrying into her apartment on Sept. 7. If they did, in fact, adopt this little puppy, then that is one lucky dog!

“I walked into a pet store just to play [with] the puppies and Selena Gomez and the Weeknd were just chillin, also playing with puppies,” one Twitter user wrote after the singers visited the store. “They both looked so happy.” Another twitter user also said “So I wanted to go see Stonewall and we stopped at a little [pet] store and Selena Gomez and The Weeknd are in here, playing wit puppies!” Isn’t that adorable?

We must note that this wouldn’t be Selena’s first puppy. She actually has six dogs, according to Get Leashed magazine, but this would be the first one she’s sharing with boyfriend The Weeknd. And her getting a pet with a boyfriend wouldn’t be a first time thing either. Selena previously adopted a husky named Baylor, while on a trip in Canada with her ex, Justin Bieber, 23!

Anyway, take a look at Selena’s assistant carrying the puppy into her apartment, below! 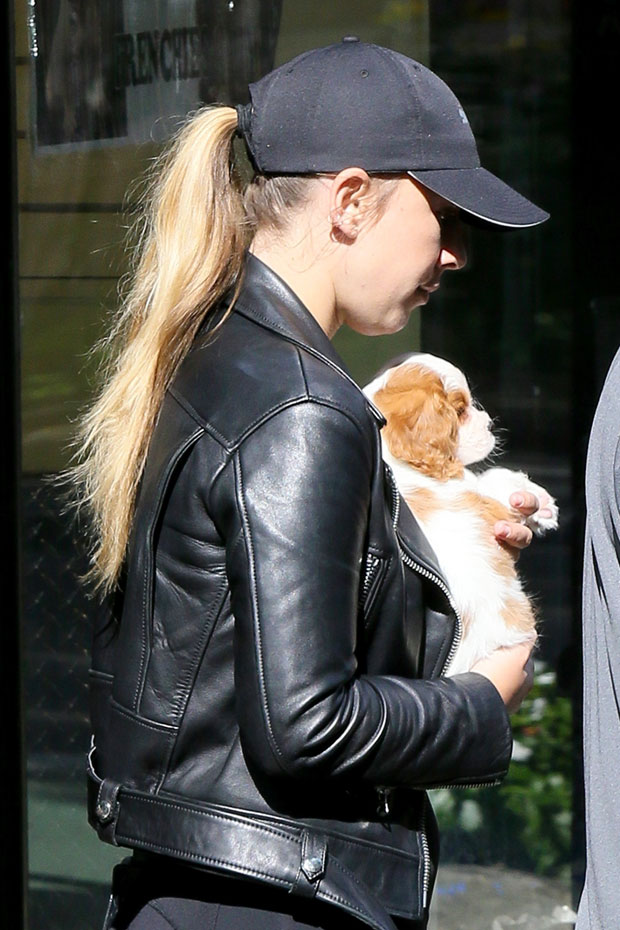 HollywoodLifers, how would YOU feel about Selena Gomez and The Weeknd adopting a puppy together? Tell us how you feel below!