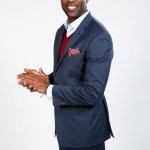 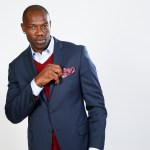 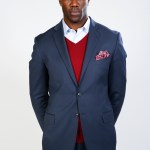 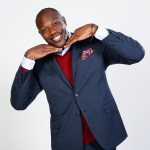 It’s official! Former NFL baller Terrell Owens will be bringing his fancy footwork off the field and onto the dance floor! If you’re not familiar with the new ‘Dancing with the Stars’ contestant, we have 5 fast facts, here!

Terrell Owens is hopping back in the limelight! Once one of the brightest stars in the NFL, the 43-year-old former football player is ready to shine somewhere new: on the dance floor! T.O. announced on Sept. 5 that he will be joining the 25th season of Dancing with the Stars. Even better? He’ll be partnered with pro dancer Cheryl Burke! How could anyone else stand a chance?! If you don’t know anything about the NFL player, here are 5 things to get you familiar. Click here for pics of T.O.

1. He’s up for the challenge. T.O. announced the exciting news on Good Morning America, and he sounds so ready to win. “I’m hoping to put up some big numbers with this lovely lady right here,” he said, about his partner Cheryl. His pal Chad Johnson, who also competed on the show, has been giving him pointers. “He said it’s going to be a lot of work but I expect nothing different. This is going to be a challenge for me, definitely. [It’s] definitely not in my wheelhouse. I danced as a little kid but this is nothing like what I’m going to expect, I’m sure.”

2. He was ferocious in the NFL. T.O. played for 7 different teams, but spent the most time with the San Francisco 49ers as a wide receiver. He was an absolute killer! He was selected for the Pro Bowl 6 times, he was the NFL receiving TD leader in 2001, 2002 and 2006, and he’s the only player in the NFL to score a TD against all 32 teams. Wild!

3. This isn’t his first foray into reality TV. Terrell starred in The T.O. Show on VH1, which followed his life on and off the football field. His big personality kept the reality series going for three seasons!

4. He’s a controversial character. T.O. has definitely been involved in some controversy. In 2005 he got into a fistfight with the Eagles team ambassador in the locker room. A report in 2006 said he overdosed on hydrocodone, and the same year Falcons cornerback DeAngelo Hall said T.O. spit in his face during a game, for which he was fined $35,000.

5. He’s known for his dance moves, even though he’s not a dancer. T.O. is one of the most notorious touchdown dancers ever in the NFL. His flamboyant celebrations made him a fan fave, but also got him in trouble from time to time. He’s changed his moves from team to team, for example, imitating a bird for the Eagles. His teams often received penalties for excessive celebration, like when he mocked Bill Belichick by hiding behind a goal post and pretending the ball was a video camera.

HollywoodLifers, do you think T.O. will win DWTS? Let us know!