Meghan Markle looks absolutely stunning, wearing barely any makeup on the October cover of ‘Vanity Fair.’ See what she said about being bi-racial and her relationship with Prince Harry below.

Meghan Markle, 36, looks absolutely radiant with bare skin on the cover on Vanity Fair’s October cover. “I’ve always loved my freckles,” she told the magazine, adding she was “thrilled to work with Peter [Lindbergh] because he rarely retouches and he believes in such little makeup. I gave him a big hug and said, ‘I am so excited to work with you because I know we will finally be able to see my freckles!'” Meghan has a black mother and a white father, and has had to deal with identity issues for much of her life. She says that for many photo shoots, her freckles have been erased in photoshop.

She adds that in seventh grade, she was forced to take a census survey and did not know which box to check — “white, black, Hispanic, or Asian.” She says, “I left my identity blank — a question mark, an absolute incomplete — much like how I felt.” As an actress, she has auditioned as white, black and Latina. On her show Suits, her father is black, played by actor Wendell Pierce. She may have felt different in the past, but finally, she is coming into her own, with a public romance with Prince Harry.

Of her relationship, Meghan says: “We’re a couple. We’re in love. I’m sure there will be a time when we will have to come forward and present ourselves and have stories to tell, but I hope what people will understand is that this is our time. This is for us. It’s part of what makes it so special, that it’s just ours.” 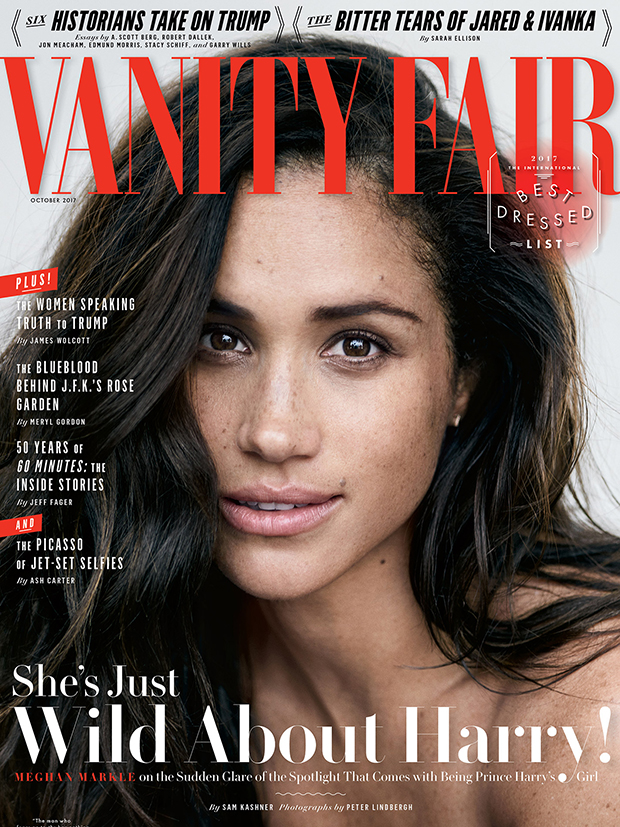