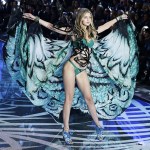 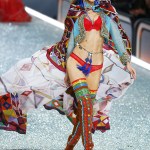 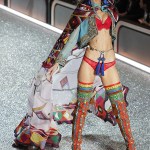 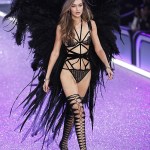 After being accused of mocking Asian people, Gigi Hadid’s role in the China Victoria Secret’s show is up in the air! Will she pull out? HollywoodLife.com has the EXCLUSIVE scoop on Gigi’s plans.

Gigi Hadid is one of the big names set to walk in the Victoria’s Secret show in Shanghai, China on Nov. 28. Yet, that may not happen, as fans uncovered a video that supposedly shows the 22-year-old model mocking Asian people. As expected, the Internet responded with a storm of accusations and hate, leaving some wondering if Gigi would pull out of the VS gig. Well, it looks like she is going to face her critics. “This whole thing has put a very ugly shadow on something that’s a dream come true,” a source close to Gigi EXCLUSIVELY tells HollywoodLife.com. “[But] walking again in the Victoria Secret show is a huge honor and there’s no way she’s going to let anything stop her from doing it.”

Yes, Gigi is still headed to China! However, don’t think she’s just brushing off this whole incident, as the insider tells HollywoodLife.com that her anxiety levels have been sent through the roof! “She’s already nervous about doing the show and now she’s got to worry about more than just doing a good job,” the source says. “She’s extremely anxious that someone could get into the show and pull some sort of stunt that could embarrass her but she’s not going to let her fear hold her back. She’s going to face her fear and do it anyway.”

The controversial video in question shows Gigi celebrating her birthday (as people are singing “Happy Birthday” in the background) at a restaurant. In the now deleted clip, Gigi holds up a Buddha head and squints towards the camera. Fans took this as her mocking Asian people, and many have warned her from making the trip to Shanghai. Gigi reportedly reached out to a fan saying that the video was “taken out of context” and that she had “nothing but appreciation and respect to my Asian fans.”

While Gigi is using love to counteract these allegations, Zayn Malik, 24, is ready to pick a fight. The “Pillow Talk” singer is furious that his girlfriend has been called a racist, and a source close to the model EXCLUSIVELY told HollywoodLife.com that Zayn was itching to go on a Twitter rant that defended her while tearing into her accusers. However, cooler heads prevailed and Gigi convinced him to avoid being like President Donald Trump, 71, by not going on a social media tirade. It seems that, since she’s still committed to walking in the Shanghai show, Gigi would rather deal with this situation herself.

Do you think Gigi should pull out of the Shanghai show, HollywoodLifers?