Wait — that’s NOT Kylie Jenner with Tyga? The rapper was spotted with yet another babe who could be ex-girlfriend Kylie’s twin! See the pic to believe!

Tyga, 27, definitely has a type! We had to do a double-take when we saw this photo of Tyga with a mystery woman who looked the spitting image of ex Kylie Jenner, 20. She even dresses just like Kylie! The woman has long, thick, brunette hair, huge lips (painted Kylie’s signature nude), and a casual yet sexy outfit. We could totally see Kylie wearing this for a day out in Los Angeles.

The mystery babe and Tyga went shopping! Tyga and the woman were spotted strolling out of Barney’s New York in Beverly Hills, then captured jumping into his yellow Ferrari and speeding away. It’s unclear if they were on a date, but taking women shopping is Tyga’s favorite date idea. There’s no word so far on this Kylie clone’s identity, but she is wearing a nameplate necklace that says “Kamí”. Could that be her name? Check out the full photo of the twosome below!

It’s very interesting that Tyga’s hanging out with a girl who looks exactly like his ex-girlfriend, because he just said that he doesn’t think Kylie’s over him. Um, maybe he shouldn’t throw stones in glass houses. Tyga, according to a source who spoke to HollywoodLife.com EXCLUSIVELY, is convinced that Kylie delivered a sick burn about him on Life of Kylie because she’s still totally into him. He’s angling to get back together, according to the source, because he thinks it’ll be easy to take her away from current boyfriend Travis Scott, 25.

This is far from the first time that Tyga’s hung out with a girl who looks just like Kylie. He previously dated model Demi Rose, 22, who had that coveted Kylie look: long, brown hair, full lips, a bangin’ body, and a penchant for skimpy bikinis. That relationship fizzled after a short while. Recently she was spotted partying with Drake, 30, in London — not Tyga! 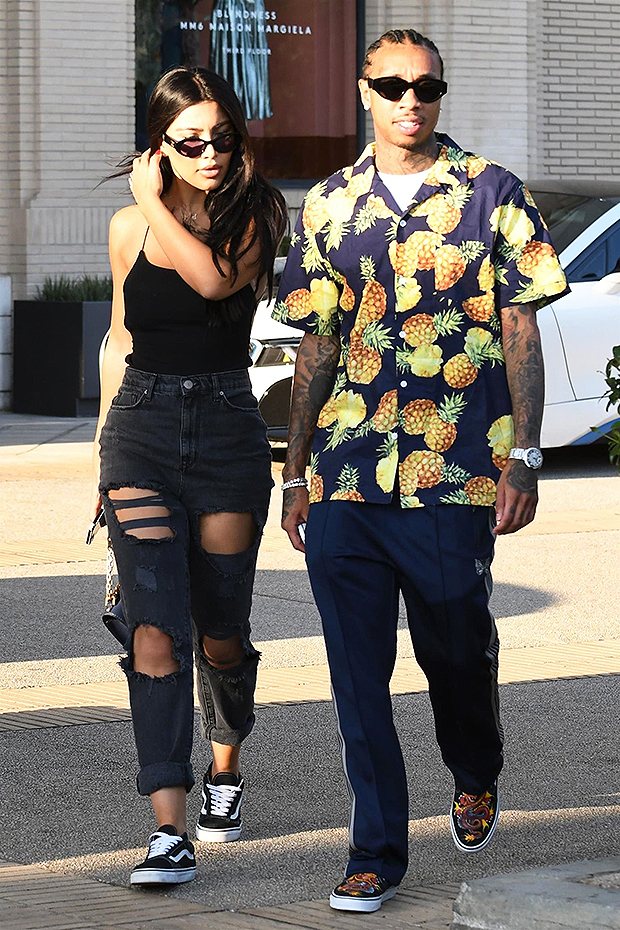 HollywoodLifers, do you think Tyga’s dating this Kylie lookalike? Let us know!