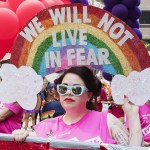 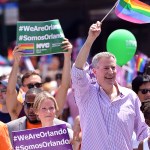 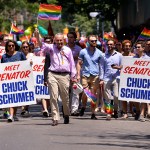 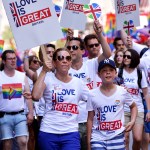 A council of evangelical leaders has released ‘The Nashville Statement, an incredibly anti-gay and trans document about what they think biblical sexuality defines. Here’s their five most hateful claims.

For a group of people who call themselves Christians, this is really discriminatory. The Council on Biblical Manhood and Womanhood (CBMW) announced August 29 the release of The Nashville Statement, an evangelical coalition document on biblical sexuality, and what they think the Bible says about relationships and sexual relations. It’s terribly anti-gay and transgender and sadly, this is what the group wants their fellow evangelicals to go out and preach to members.

Among the articles of the statement, they deny that God created marriage to exist between gay people. They also say that difference between males and females are of God’s creation and that they are not a “tragedy to overcome,” implying that transgender people are be going against the Bible if they identify with another sex. The document spells out their anti-gay and trans thoughts by declaring in article seven that “We deny that adopting a homosexual or transgender self conception is consistent with God’s holy purposes.” So in other words, if you’re gay or trans, God is not okay with you. Article eight slams same-sex attraction for going against “God’s original creation.”

Article 10 makes our blood boil as they “affirm that it is sinful to approve of homosexuality and transgenderism and that approving of it “departs from Christian faithfulness.” Well then so much for TOLERANCE which Jesus teaches in the Bible! Ugh, we just can’t with this incredibly discriminatory document, which is the first time it has been updated since 1987. In 30 years, there’s been no progress in acceptance of others. More than 150 evangelical religious leaders signed “Christian manifesto,” which they spent four days drafting at a meeting in Nashville.

Of course once the Nashville Statement was released people freaked and took to Twitter. Many pointed out that these “Christians” did this in the middle of the devastating Houston floods where you’d think the attention of religious leaders would be on helping people there in need and not passing judgement on others hundreds of miles away. Here’s a sampling of what the Twittersphere had to say:

In the middle of a humanitarian crisis, in one of the most divisive years in memory @JohnPiper & co. chose to do harm. #NashvilleStatement

The #NashvilleStatement confirms US Christianity is corrupted by hateful bigotry. They're the philosophical descendants of slavery-excusers.

HollywoodLifers, are you offended by the declarations made in the Nashville Statement?