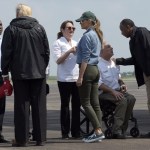 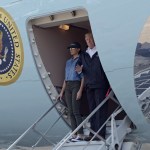 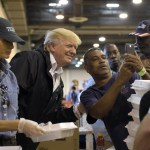 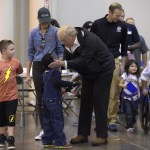 Joel Osteen, the famous televangelist, was criticized for ‘closing’ his Houston megachurch to Hurricane Harvey victims. After taking some major heat, he has relented and opened the doors!

Pastor Joel Osteen and the Lakewood Church told TMZ in an Aug. 29 statement that the venue is now open to evacuees, after delays that occurred as a result of “initial flooding.” “Lakewood’s doors are open now to anyone needing shelter,” a representative said, including photos of the flooding inside the church with the statement, “We are also coordinating with the city as a collection site for distributing supplies to area shelters. We are collecting diapers, baby formula, baby food and other supplies. Please bring these items to Lakewood Church, Circle Drive off Timmons St.”

Previously, the Pastor was slammed for not opening his megachurch — which can hold almost 17,000 people — as a shelter for thousands of displaced Houston residents. “We have never closed our doors,” an Aug. 28 statement read, adding that they would take the overflow from American Red Cross-sanctioned evacuee centers, and a Facebook post from the church reiterated: “Dear Houstonians! Lakewood Church is inaccessible due to severe flooding!”

Osteen also tweeted: “Victoria & I are praying for everyone affected by Hurricane Harvey. Please join us as we pray for the safety of our Texas friends & family.” “We will continue to be a distribution center to those in need. We are prepared to house people once shelters reach capacity,” the first statement added. Unfortunately, said shelters quickly reached capacity, with a reported 8,800 people filling the 5,000-capacity Convention Center, for example. Once a video of the church, which appeared to be in fine form, went viral, Lakewood came under fire.

Front of @JoelOsteen's huge Lakewood Church in Houston at 11 am. Closed due to "flooding". Person who took it asked to be anonymous. pic.twitter.com/gOndOncFuC

We’re glad that the church’s doors are now open to those affected by the devastation, and our hearts go out to all of the victims.

HollywoodLifers, you can learn more about how to help hurricane victims here.