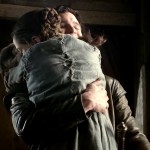 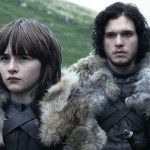 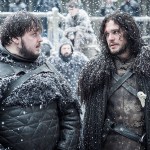 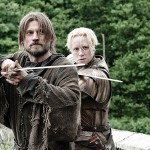 There are so many reunions we want to see happen on ‘Game of Thrones.’ From Jon Snow and Arya to Sansa and Tyrion, these are the characters we are dying to see cross paths again very soon!

The world of Game of Thrones is a BIG one. There are so many characters that haven’t seen each other in seasons, some since the very first episode! Season 7 has been the season of reunions, so we’re continuing this trend with our other reunion hopes. At the top of our list is Arya (Maisie Williams) and Jon Snow (Kit Harington). These two haven’t see each other since the second episode of the first season! Yes, really! So much has happened between them since then. Arya’s killed a lot of people, Jon Snow has died, and more. Jon Snow and Arya were very close. He’s the one who gave Arya her beloved sword, Needle. With Arya back at Winterfell, a Jon Snow and Arya reunion is inevitable. You know who else is at Winterfell? Bran (Isaac Hempstead Wright)! Jon Snow will get a double reunion when he returns to Winterfell.

One reunion that is definitely going to happen is the one between Cersei (Lena Headey) and Tyrion (Peter Dinklage). Tyrion is going back to King’s Landing with Jon Snow and a whole crew to show Cersei that the White Walker threat is real. Cersei and Tyrion haven’t seen each other since Tyrion’s trial for Joffrey’s murder. Even though Cersei now knows that Tyrion didn’t kill Joffrey, she still hates her little brother. Will Jaime (Nikolaj Coster Waldau) play devil’s advocate with them or will he choose a side?

One of the characters joining Tyrion and Jon Snow on their journey to King’s Landing is Brienne (Gwendoline Christie). The badass warrior was spotted in the season 7 finale trailer. This will likely give us a Jaime and Brienne reunion. Yes, they last saw each other in season 6, so it hasn’t been that long. But Brienne always brings out the best in Jaime. Their friendship is one of the brightest parts of the show. Give the people what they want!

Check out the rest of our reunion hopes in our gallery now! The Game of Thrones season 7 finale airs Aug. 27 at 9 p.m. ET on HBO. Get the latest on the finale by checking our HollywoodLife podcast now!

HollywoodLifers, which reunion do you want to see the most? Let us know!