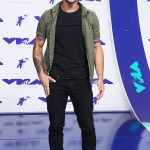 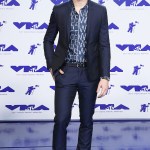 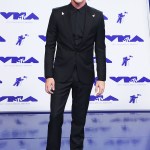 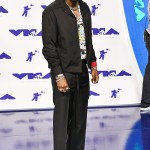 Are Calvin Harris and Joe Jonas bringing mustaches back!? Both stars showed up to the 2017 VMAs with questionable facial hair, and we want you to cast YOUR vote on who rocked it best!

The MTV Video Music Awards always provides stars dressed in some out-there looks, and this year, Calvin Harris, 33, and Joe Jonas, 28, both took things to an interesting level by sporting mustaches. For his red carpet look, Calvin kept things pretty casual in gray pants and a button down patterned with leaves, but it was his facial hair that had everyone talking. Along with his mustache, the DJ also rocked a full face of hair, which is pretty standard for him, but the scruff definitely seemed to be thicker than ever at the show. Meanwhile, Joe gave us major 1970s vibes with his bushy mustache, especially since he paired it with an eclectic white blazer.

Joe and his band DNCE are performing at the show with Rod Stewart, while Calvin is in attendance as a multiple-time nominee. Interestingly, both guys seem to have more than just the same taste in facial hair — they’ve also both dated Taylor Swift, 27! Joe and Taylor were in a brief relationship back in 2008, while Calvin dated Tay for a little over a year during 2015 and 2016 (they split in June 2016). The 27-year-old is actually rumored to be making a surprise appearance at the awards show, and her video is premiering at the start of the ceremony, so there could totally be an awkward run-in or two if she DOES show up!

The 2017 VMAs are hosted by Katy Perry, 33, and will feature performances from Pink, Miley Cyrus, Fifth Harmony and plenty more. Take a look at Calvin and Joe’s looks above and let us know who you think rocks a stache best in the poll below:

HollywoodLifers, do you think Calvin or Joe rocks a mustache better?