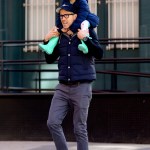 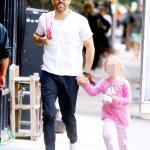 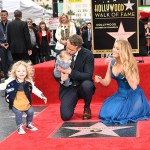 Ryan Reynolds is the cutest dad! Revealing in a recent interview that fatherhood’s the ‘best’ thing to ever happen to him, the star also admitted he can’t wait to have more kids with wife Blake Lively — cue the swoons!

Ryan Reynolds, 40, is officially a sucker for fatherhood! Opening up about his family life in an interview with OK! Magazine, the Deadpool star not only revealed he LOVES having daughters, but he also revealed he’s looking forward to having more kids with wife Blake Lively, 29. “If I could have nine daughters I would be thrilled,” the actor told the publication. “Really, like I genuinely would be.” How cute is THAT? Click here to see adorable pics of Blake Lively & Ryan Reynolds’ relationship.

While Ryan and Blake are already the proud parents of daughters James, 2, and Ines, 10 months, the star hopes to have more kids in the future, as being a dad is incredibly important to him. “There’s more love, there’s more diapers. There’s more all that stuff, you know? [Fatherhood] is the best thing,” he gushed to the publication. “It’s the best thing that could ever happen to you.” Aw! Fiercely protective of their family, Ryan and Blake didn’t reveal their children to the world until December 2016, nearly two years after the birth of James. The adorable girls made an appearance at their dad’s Hollywood Walk of Fame ceremony where he received his very own star — but clearly James and Ines stole the spotlight.

During his acceptance speech that day, Ryan thanked his wife, saying, “You’ve given me two of the most incredible children I’ve ever hoped to have.” Clearly Ryan is a family man! His schedule just recently got a whole lot busier though as he’s currently filming the follow-up to superhero box office hit Deadpool. For the duration of filming, Ryan is residing in his hometown of Vancouver, Canada. The film is set to be released in June of next year.

Tell us, HollywoodLifers — do you think Ryan and Blake will have more kids soon? Are you hoping they have a son eventually?