Is Jax finally ready to propose to Brittany? It sure looks that way, as he showed her mom a design for an engagement ring during the Aug. 23 series premiere of ‘Vanderpump Rules: Jax & Brittany Take Kentucky.’

Jax and Brittany‘s Vanderpump Rules spinoff is finally here, and we have to say — it’s pretty damn funny! Not only does it remind us of Paris Hilton and Nicole Richie‘s Simple Life, but we also get to see Jax being put in uncomfortable situations, and that’s always a good time. After clearing their schedules at SUR with Lisa Vanderpump, Jax and Brittany headed to her hometown in Kentucky for a two-week visit with her family. And as soon as they got there, Jax was grilled by Brittany’s family about whether or not he’s finally going to propose to her. He initially dodged the questions with some laughs and funny responses, but at the end of the episode, he actually confessed to already picking out a ring. Jax showed the design to Brittany’s mom and Memaw and they were ecstatic to hear the news. But anyone who saw the ring would be — it’s huge! (See a pic of the ring below.)

Elsewhere in the 30-minute episode, Jax learned how to pick up horse poop, tasted frog legs for the very first time, and tried his best at following Memaw’s rule of no alcohol on the farm. He loves the frog legs — he actually said they “taste like chicken” — but he failed miserable with the no-alcohol rule. During a bonfire with Brittany’s friends and family, he pretty much acted as the on-hand bartender, mixing and serving drinks from the back of his pickup truck. And even when Memaw senses something shady was going on, he diverted her attention by showing her the design of the engagement ring he plans proposing to Brittany with.

At this time, it’s not clear if Jax will survive his days on the farm, but based on the season-long preview, it looks like there will be a ton of drama in his future, so make sure you keep tuning into Vanderpump Rules: Jax & Brittany Take Kentucky, airing every Wednesday at 9pm ET on Bravo! 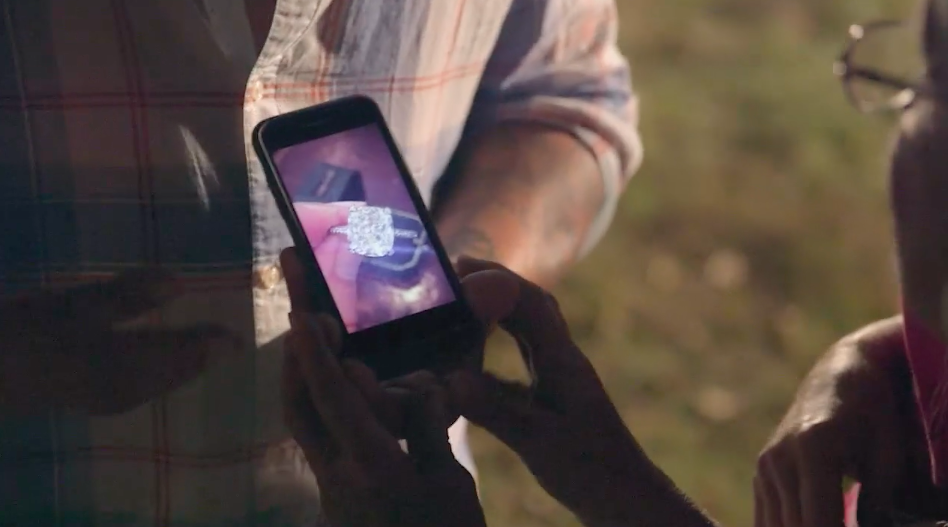 HollywoodLifers, what did YOU think of the series premiere of Vanderpump Rules: Jax & Brittany Take Kentucky? Will Jax survive on the farm? Tell us how you feel below!