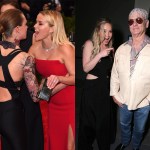 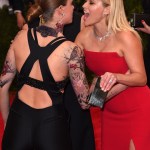 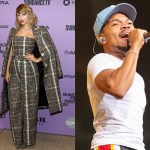 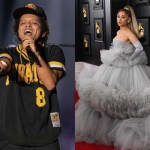 Anyone can be starstruck and we mean ANYONE. Uber famous celebrities have geeked out over meeting people they idolize just like the rest of us. Here are stars who have totally fangirled over their idols.

It’s pretty much impossible to not get excited when you cross paths with a celebrity. And if you think that just because someone is famous themselves they wouldn’t get starstruck so easily you’d be sorely mistaken. Everyone from Taylor Swift, 27, to Selena Gomez, 25, has lost their cool when they’ve met a star they idolize and the adorable encounters are always fun to watch. Check out the gallery above to see some of the best celebrity fangirling incidents. But fair warning, you may actually LOL when you see an A-Lister like Ariana Grande, 24, burst into tears over a celeb encounter! Click here to see pics of Nicki Minaj, 34, fangirling over celebs at the 2017 Met Gala!

As you’ll see, Tay is one of those celebs who both fangirls and gets other stars freaking over her. Tay has freaked over Sir Ian McKellen, 78, reciting the lyrics to her song “Bad Blood” in an adorable video. She tweeted out a thank you and even handed over her Squad Goals title to him and his BFF Patrick Stewart, 77. He was stunned by the attention, tweeting, “OMG I DIE!!! (no really, I might. I’m old.)” Too cute! The “Shake It Off” singer also almost died over meeting Beyonce, 35, at the 2015 BRIT Awards, admitting she loved her “more than the normal amount” and tries not to let her fandom “get creepy.” We understand that the struggle is real, Taylor! Tay and Bey have been pictured together multiple times since, but it is clear the hero worship persists!

When Sel finally got close to her life-long idol Jennifer Aniston, 48, she almost died of joy. She posted an adorable pic of their encounter to Instagram, writing “I have not only been following her career as a fan since I was 8 and now get to watch her completely transform in her new movie CAKE, I have gotten to have real conversations with such a real heart, made my entire year.” They have since become real-life friends!

Other stars who have lost their minds fangirling are Miley Cyrus, 24, over seeing Britney Spears, 35, in concert; Pretty Little Liars star Shay Mitchell, 30, over meeting Strange Things‘ Eleven (Millie Bobby Brown, 13); and Academy Award-winner Jennifer Lawrence, 27, over meeting comedy legend Bill Murray, 66. So what have we learned? Everyone is a giant dork when it comes to meeting stars.

I have not only been following her career as a fan since I was 8 and now get to watch her completely transform in her new movie CAKE, I have gotten to have real conversations with such a real heart, made my entire year. #cake #goseeit

HollywoodLifers, which celebrity fangirling incident is your fave? Let us know below!