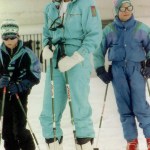 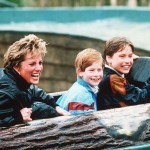 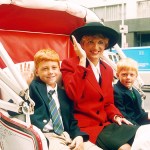 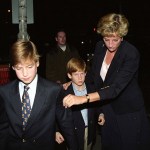 This is simply heartbreaking. Prince Harry has revealed his reaction the moment that he was told his beloved mother Princess Diana had been killed in a car crash. We’ve got his words of ‘disbelief,’ right here.

The 20 year anniversary of the death of Princess Diana is fast approaching, and for the very first time her sons are opening up about their reaction to that painful day on Aug. 31, 1997. After she died in a Parisian car crash while being chased by paparazzi, Prince Harry, 32, and 35-year-old Prince William‘s father Prince Charles, 68, had to break the news to the former couple’s two young sons. In the new documentary, Diana, 7 Days, Harry reveals his first reaction when his father told him his mother was gone.

Harry was only 12-years-old when his mother died and said his first feeling was, “Disbelief. Refuse to accept it. There was no sudden outpour of grief, of course there wasn’t. I don’t think anybody in that position at that age would be able to understand the concept of what it actually means going forward.” The red-headed royal acknowledges how tough it must have been on his dad. “One of the hardest things for a parent to have to do is to tell your children that your other parent has died. But he was there for us, he was the one out of two left and he tried to do his best and to make sure we were protected and looked after.” Harry goes on to add, ‘But, you know, he was going through the same grieving process as well.” Take a look back at the gorgeous princess’s life right here.

He and William have said that for this anniversary, this is the one and only time they will speak about their mother’s untimely death at just 36-years-old and so far their revelations have been just heartbreaking. Harry revealed how he deeply regrets cutting the final phone call with his mom short so he could go outside play with friends. The men also revealed that they hadn’t seen their mother in a month and were due to finally reunite with her again later on the day she was killed.

Diana 7 Days focuses on the week in between her death and funeral, and will air in the U.S. on Fri. Sept, 1 on NBC, one day after the 20th anniversary of the princess’ death.

HollywoodLifers, what is your fondest memory of Princess Diana?